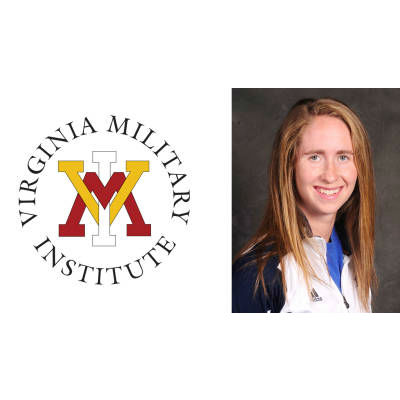 Keller comes to VMI with a well-rounded resume that includes both coaching and academic experience. Most recently, she spent time at the University of Toledo as the school’s Student-Athlete Academic Services Intern, where she worked closesly with a group of the university’s highest-risk student to tutor, support academic progress and monitor eligibility. She also developed an advising protocol and a framework for a life skills program, among many other responsibilities at Toledo.

Keller also spent just under a year as a graduate assistant at the Gordie Center for Substance Abuse Prevention in Charlottesville, where she advised the Alcohol and Drug Abuse Prevention Team (ADAPT) student group. She also organized, marketed and implemented efforts regarding Substance Abuse Awareness Week and National Hazing Prevention Week, along with assisting with grant writing and managing registration for NCAA-sponsored APPLE conference.

“Sarah will be a tremendous asset to the Cadet-Athlete Development Office, but the true beneficiaries will be the VMI cadet-athletes she will work with,” said J.B. Weber, Assistant A.D. for Academic Services and Compliance. “She has the energy, knowledge and skill sets that will make her into an outstanding student-athlete services professional. I look forward to working with Sarah, as we both look to take our cadet-athlete services to a high level.”

Much of Keller’s other experience comes from the athletic arena, where she was a four-time Division III national championship competitor in women’s rowing for Trinity College. She then advanced to spend two summers competing for the U.S. on the under-23 national team, where she rowed at the World Championships in both 2010 and 2011. She then spent time at both Bucknell and Virginia as an assistant rowing coach, and added recruiting coordinator duties at her first stop with the Bison. There, she organized and implemented all official and unofficial recruiting visits and was responsible for all operations logistics.

Keller graduated from Trinity College in 2011 with a B.S. in psychology and educational studies and secured her Masters of Higher Education from the University of Virginia in 2013.