The Augusta Free Press launched on July 2, 2002. The site serves as a portal into life in the Shenandoah Valley and Central Virginia – in a region encompassing Augusta County, Albemarle County and Nelson County and the cities of Charlottesville, Staunton and Waynesboro, at the entrance to the Blue Ridge Parkway, Skyline Drive, Shenandoah National Park and the Appalachian Trail.

All content is available for free. Voluntary subscriptions are available here.

Chris Graham, the editor of The Augusta Free Press, an award-winning journalist and editor, is marking his 26th year in journalism in 2021.

Crystal Abbe Graham is the publisher of Augusta Free Press.

In 2017, she received the Dr. and Mrs. C. Lennart Sanquist Prevention Award from Mental Health America of Augusta for her work in suicide prevention including the formation of a Suicide Prevention Roundtable. Graham was certified in 2019 by LivingWorks Education to teach safeTALK, a half-day workshop that teaches participants to be a suicide alert helper. In 2016, Crystal completed a two-day facilitator training for a Survivors of Suicide Loss Peer-to-Peer Support Group and helped launch a Staunton, Va.-based group. She completed the two-day ASIST intervention training in 2016 also offered by LivingWorks Education and has presented programs to local populations (general public, high school and colleges) including Talk Saves Lives, More than Sad, and It’s Real. In 2017, she also participated in a Dale Carnegie training in Chicago titled “How to Win Friends and Influence People: Leadership Lessons” with Stephen Holgate and Sarah Mannone. Crystal completed a grant writing workshop with Laurie Jarrett Rogers through the University of Virginia School of Continuing and Professional Studies in Richmond. She served on the mental health expert review committee for the Virginia Department of Education working on revisions to the mental-health portions of the SOLs. In 2021, she became certified as a Youth Mental Health First Aider through a course offered by regionten.

She has also previously served as the associate director of the Wayne Theatre Alliance, marketing director of the Waynesboro Generals collegiate summer baseball team and was a volunteer business ambassador with the Greater Augusta Regional Chamber of Commerce. She currently serves on the executive board of the Augusta chapter of Mental Health America.

Rebecca J. Barnabi covers education and features for AFP. A graduate of the University of Mary Washington, she began her journalism career at The Fredericksburg Free-Lance Star. In 2013, she was awarded first place for feature writing in the Maryland, Delaware, District of Columbia Awards Program, and was honored by the Virginia School Boards Association’s 2019 Media Honor Roll Program for her coverage of Waynesboro Schools. Her background in newspapers includes writing about features, local government, education and the arts.

Click here to read past issues of the award-winning AFP: The Magazine, New Dominion Magazine and New Dominion Tourist Magazine.

Viewpoints, a weekly TV news show on WVPT, a PBS affiliate in Harrisonburg, Va., aired from 2016-2017. It was hosted and produced by AFP’s Chris and Crystal Graham. Some archives may no longer be available. Search WVPT and Viewpoints on YouTube to find episodes.
2016 Viewpoints Archive
2017 Viewpoints Archive 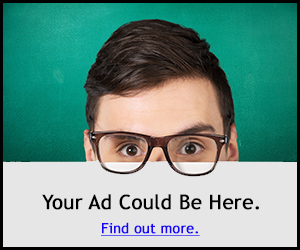 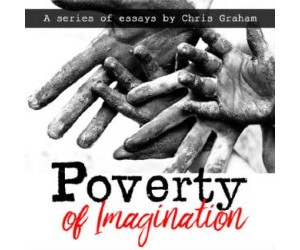