Down by 15 at the half, Norfolk State came roaring back against North Carolina A&T on Thursday afternoon at the Corbett Sports Center. But just when it seemed NSU was ready to pull off a stunner, the Aggies had one last gasp.

Chris Graham talks #TakeaKnee, and the intersection of sports and politics. 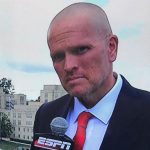 Street Knowledge with Chris Graham: The FBI puts the hammer down on college hoops

NSU-ODU to renew basketball rivalry at the Scope

Nikki McCray-Penson has been named the seventh head coach of the Old Dominion women’s basketball program.

Will there be a Triple Crown winner this year?

For the second time in almost thirty years, we could have another Triple Crown champion on our hands in 2017.

Athletes probably have the least conventional jobs on the planet, and probably the most opposite to a work from home type of job.

Athletes probably have the least conventional jobs on the planet, and probably the most opposite to a work from home type of job.

The 2018 football game between Florida State and Virginia Tech will be nationally televised and played in prime time on Labor Day.

Crazy sports from around the world!

So we all know that sports makes the world go round, but how much do you really know about the topic?

The Washington Nationals announced the Potomac Nationals 2017 field staff, which features the return of four of the five coaches from 2016.

Street Knowledge with Chris Graham: How much do you tip? And … who?

How much do you tip? And who do you tip? Chris Graham and Crystal Graham explore the tipping point on today’s Street Knowledge.

Chris Graham breaks down a big week in pro wrestling: with Survivor Series and NXT Takeover: Toronto on the schedule.

Five easiest sports to bet on

A debate that’s been going on for years and years among sports fans and is set to carry on for generations to come.

Blackwell Field is the third field to be worked on through “Renovating Richmond’s Recreation” – an impactful community partnership.

Virginia Tech has been recognized for the outstanding design of the university’s Indoor Practice Facility.

William & Mary student-athletes have established a remarkable tradition of being leaders in the community.

Chris Graham talks on the latest Augusta Free Press podcast about the 2016 NBA Finals, and looks at recent UVA alum Anthony Gill and the NBA Draft. 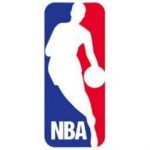 NBA Finals: Not over just yet, folks

For some reason, we’re trying to assess Golden State’s place in NBA history. The 73-win Warriors: are they better than the Showtime Lakers? How about Jordan’s Bulls?