Yifat Susskind: What we can learn from indigenous women at the ballot box

With the first year of Donald Trump’s presidency behind us and midterm elections fast approaching, progressive women are faced with the looming question of what comes next. How can we go beyond resistance to advance our progressive vision, especially in this difficult moment in history when the right is on the rise?

There are an estimated 44 million unpaid family caregivers in the Unites States and the majority are women.

An analysis released for Equal Pay Day shows just how much damage the gender-based wage gap is doing to Virginia’s families and economy.

With the second pick in the third round of the 2015 National Women’s Soccer League College Draft, defender Sam Lofton of the JMU women’s soccer team was selected by the Boston Breakers.

Two members of the UVA women’s soccer team were selected in the first round of Friday’s National Women’s Soccer League Draft at the Pennsylvania Convention Center.

A new VCU poll indicates strong support among Virginians for legislative proposals that would require university faculty or staff to report to police within 48 hours any alleged criminal sexual assaults that come to their attention.

James Madison women’s basketball battled for a hard-fought 68-51 victory at Elon on Thursday night in Alumni Gym in the first meeting between the programs as conference foes.

ODU overcame a 14-point deficit to Rice to come out on top by a score of 62-55 on Thursday night at the Tudor Fieldhouse.

Planned Parenthood Advocates of Virginia applauds Governor McAuliffe on the release of his 2015 Equal Opportunity agenda. 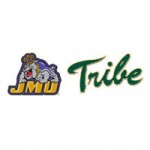 James Madison women’s basketball earned a 65-43 victory at William & Mary on Sunday afternoon at Kaplan Arena to move to 4-0 against Colonial Athletic Association foes this season.

James Madison women’s basketball opened at Northeastern on a 9-0 run and never looked back as the Dukes earned a 77-55 win in their Colonial Athletic Association road opener on Friday night at Cabot Center in Boston, Massachusetts.

In the fourth ever meeting between the Old Dominion women’s basketball team (8-5, 1-1) and Marshall (9-4, 1-1), it was the Thundering Herd who came out on top by a score of 69-37 on Thursday night at the Ted Constant Center.