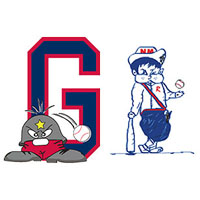 The rains came, as expected, but before they did, the Waynesboro Generals got a nice combined pitching effort from Marcus Shippey and Zach Williamsen and a clutch fifth inning RBI single from Colin Bennett to defeat New Market, 2-1, in a game shortened to five and a half innings by rain.

The win was the second of the day for Waynesboro, which topped Staunton earlier by an 8-4 final in a makeup game from a rainout earlier in the week.

The wins push the Generals’ winning streak to six, and clinches a tie for second in the final regular season standings for Waynesboro (27-16), now a season-high 11 games over .500.

Shippey gave up a run on three hits in four innings of work, striking out three and issuing no walks.

Williamsen (4-4) got the win with a perfect inning of relief.

Waynesboro concludes its regular season Monday on the road at Woodstock.