The City of Staunton will provide heavy trash, brush and limb collection, April 2–6. Residents may dispose of large, bulky items such as old appliances, furniture, household goods, and yard waste. Residents should place items for collection at the curb by 7 a.m., April 2.

A second man has died as a result of injuries sustained in an accident involving a truck and a train on Monday in Staunton.

Visit Downtown Staunton for a hands on art experience on Saturday, April 14th from 11am-8:30 pm. Follow the  Staunton Art and Artisans Walking Tour and enjoy creative works by local artists.

Montgomery Hall Park in Staunton is now on the National Register of Historic Places, an official list of the nation’s historic places worthy of preservation.

The Staunton Police Department is seeking the public’s assistance in locating a missing person. Deborah Ann Bennett is a 60-year-old white female approximately 5’2” and 150 pounds and has a distinctive mole on her forehead. 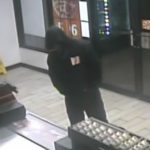 Staunton Police are searching for a suspect in the robbery of the Little Caesar’s on West Beverley Street Saturday night.

Staunton shooting now upgraded to murder with death of victim

A Staunton man is now wanted for murder after the victim of a Friday shooting died late Saturday night at the UVA Medical Center.

Suspect at large in Staunton shooting

Staunton Police are seeking a man wanted in a shooting reported Friday afternoon in the 100 block of South Sheets St. Orion Jeffrey Painter, 22, fled the scene of the 1:30 p.m. shooting before police arrived at the scene.

A cat that attacked two people in Staunton on Wednesday has tested positive for rabies, and Staunton Police are advising anyone who might have had contact with the animal to take the proper precautions.

Staunton Deputy Fire Marshal Perry Weller announced today that a 4 p.m. burn law will go into effect on Feb. 15 and last until April 30.

Trek to Staunton by electric car

Traveling by electric car through the rural Shenandoah Valley is not a thing of the future. The future is now, as electric car owners can today plan a travel route through the Valley and beyond, with well-placed stations to recharge from the Tennessee border all the way to Northern Virginia.

The Johnson Street parking garage in Staunton is scheduled to undergo significant repairs to update and revitalize the structure this year. This renovation will represent the first major rehabilitation project since the garage was built 42 years ago.

After a year-long migration process, the City of Staunton completed a significant upgrade of its E911 call system last week.

The City of Staunton encourages those who plan to travel in the downtown area to be mindful of upcoming closures and plan travel routes accordingly.

A parking study commissioned by the City of Staunton earlier this year is in its final draft and ready for review and public input.

A parking study commissioned by the City of Staunton earlier this year is in its final draft and ready for review and public input.

Due to great interest in the Staunton Public Library’s Solar Eclipse Viewing Party, the library is announcing some changes in event plans.

The George Cochran Parkway in Staunton will be partially closed during the week of Aug. 14 for road construction in the development. 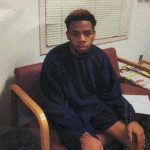 The Staunton Police Department is seeking the public’s assistance in locating a juvenile who has been reported missing. 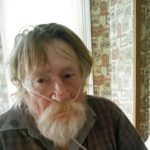 The Staunton Police Department is requesting the public’s assistance in locating a stolen vehicle, which also contained a chocolate Labrador dog.

A 67-year-old man who was pulled from an apartment fire on Wednesday has died from the injuries he sustained.

One critically injured in Staunton fire

The Staunton Police Department is requesting the public’s assistance in identifying a male and a female involved in a larceny of a wallet from Martin’s.