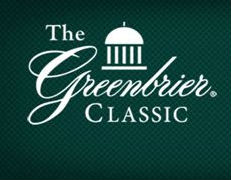 Tournament officials announced today that Patrick Reed and J.B. Holmes, both positioned in the top 20 in the Official World Golf ranking, will compete in the sixth edition of the award-winning Greenbrier Classic at The Old White TPC Course, June 29 – July 5, 2015.

Reed, 24,will be making his third consecutive Greenbrier Classic appearance. His tournament scoring average is 69.50 with earnings of $44,236.11. His T-26 finish in last year’s tournament represents his first made cut at The Old White TPC Course. Reed burst onto the scene as a rookie in 2013, and he recorded his first career top 10 finish in just his 19th start. Before the season concluded, Reed added four more top 10s to his resume, including his first PGA TOUR victory at the 2013 Wyndham Championship. Reed remained hot in 2014, posting two victories and 12 top 25 finishes over 28 events, and he has continued his inspired play this season, recording three top 10 finishes in 16 starts, including his fourth career PGA TOUR victory at the Hyundai Tournament of Champions. He has now won at least one title in each of the past three seasons. His solid play has launched him into No. 5 in the FedExCup standings and to his current spot at No. 15 in the Official World Golf Ranking. The Texas native has earned $8,914,821 in his brief career.

Known as one of the longest drivers of the golf ball on the PGA TOUR, Holmes is enjoying his best season as a professional. He is ranked a career-best No. 13 in the world and No. 6 in FedExCup points. His five top 10 finishes over 15 events this season also mark a personal best, to go with his fourth PGA TOUR title at the Shell Houston Open. Holmes is a top 10 player on TOUR in driving distance for the second consecutive year, where he currently ranks No. 7 with a 306.2-yard average. The 34-year-old resident of Orlando, FL will be making his fifth appearance at The Greenbrier Classic in 2015.

Casey,37, will be making his Greenbrier Classic debut. The English star has notched 14 international victories in his more than 14 years as a professional. His lone win on the PGA TOUR came in 2009 at the Shell Houston Open. Casey recorded his sixth career top 10 in a major championship in April of this year with a T-6 finish at The Masters Tournament. He is ranked No. 38 in the world and No. 34 in FedExCup points on strength of five top 10 finishes over 13 events, including a playoff loss at the Northern Trust Open and third place effort the following week at The Honda Classic. The three-time European Ryder Cup team member (2004, 2006 and 2008) has career PGA TOUR earnings totaling $12,571,089.

Matsuyama, 23, is coming off a successful rookie season on the PGA TOUR. His playoff victory at the Memorial Tournament presented by Nationwide was his first professional win on U.S. soil to go with four top 10 finishes and more than $2.8 million in TOUR earnings. He has continued to play well this season, recording seven top 10 finishes over 15 events, including a runner-up effort in the Waste Management Phoenix Open and a fifth place finish in The Masters Tournament. He is ranked a career-high No. 14 in the world and stands No. 9 in FedExCup points. This will be Matsuyama’s first Greenbrier Classic appearance.

Major championship winner, Oosthuizen, has recorded 11 international victories to go with one PGA TOUR title. His TOUR win came on one of the biggest stages in golf, at the 2010 Open Championship at St. Andrews, where he won in grand fashion by seven strokes – only Tiger Woods with an eight-stroke victory on the Old Course in 2000 had won by more since 1913. Oosthuizen is enjoying a successful 2014-15 season with four top 10 finishes in 11 starts. The 32-year-old South African is No. 31 in the Official World Golf Ranking and No. 79 in FedExCup points. He will be making his second Greenbrier Classic start this June. His T-17 effort in 2013 earned Oosthuizen $85,260 in career earnings at The Greenbrier Classic and a 68.25 scoring average.

In additional tournament news, patrons will have the opportunity to participate in the Vehicle Giveaway presented by My Local Ford Dealers and the Hole-In-One Fan Jackpot. These exciting fan enhancements will upgrade the tournament experience for all patrons attending the 2015 Greenbrier Classic.

The Hole-In-One Fan Jackpot adds an extra rooting interest for spectators seated in the bleachers and lawn area on Hole No. 18 from Wednesday’s Pro-Am (7/1/15) to Sunday’s final round (7/5/15). These fans will receive a cash payout for every hole-in-one made by any player, amateur or professional, in the Pro-Am or official field of competitors for the four competition rounds.

Weekly badges to The Greenbrier Classic, which provide access to the tournament groundsMonday to Sunday, are selling at a record pace and are available from $129 per person, while supplies last. Tournament Badges include tickets to the 2015 Greenbrier Classic Concert Series, featuring Keith Urban and The Band Perry on Wednesday, July 1 and Miranda Lambert and Blake Shelton on Friday, July 3. Both concerts begin at 8:00 PM at the State Fair of West Virginia fairgrounds.