Eastern Mennonite University has announced that Mike Yoder has been hired as the new head golf coach. He begins his role of leading the men’s and women’s programs immediately.

The 2015 Merv Wooten Invitational golf tournament at the Waynesboro Country Club raises money for scholarships for children and families in Waynesboro and Augusta County to be able to participate in YMCA programming.

The staff at Weaver Insurance & Financial Advisors in Waynesboro is once again busy getting ready for the Merv Wooten Invitational golf tournament hosted by the Waynesboro YMCA. 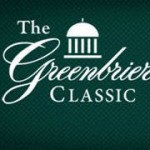 Major winner Keegan Bradley to compete in The 2015 Greenbrier Classic

Major championship winner Keegan Bradley, along with rising stars Justin Thomas and Peter Uihlein will compete in the sixth edition of the award-winning Greenbrier Classic at The Old White TPC Course, June 29 – July 5.

Tournament officials announced today that Patrick Reed and J.B. Holmes, both positioned in the top 20 in the Official World Golf ranking, will compete in the sixth edition of the award-winning Greenbrier Classic at The Old White TPC Course, June 29 – July 5, 2015.

The remaining holes of the McIntire Park golf course will close permanently May 31, 2015, allowing this area of the park to revert to passive use as outlined in the Adopted Master Plan for the park.

Footgolf has made it to Staunton. This fairly new sport is a combination of soccer and golf. It is played all over the world, and can now be played at Gypsy Hill Park in Staunton.

Keith Urban and The Band Perry will perform beginning at 8:00 PM on Wednesday, July 1 as part of the 2015 Greenbrier Classic Concert Series, coinciding with the sixth annual Greenbrier Classic, June 29 – July 5 at The Greenbrier, the classic American resort in White Sulphur Springs, W.Va.

Golf: This is how UVA clinched Commonwealth Clash over Virginia Tech

The UVA men’s golf team’s fourth-place finish at the ACC Championships today clinched the Virginia529 Commonwealth Clash for the Cavaliers.

The Greenbrier, the legendary resort, spa and golf club in West Virginia’s Allegheny Mountains, has announced that it will host its first-ever Bubba Tee Challenge on the world-renowned Old White TPC golf course.

Eighteen-hole footgolf course to open at Gypsy Hill in Staunton

The Gypsy Hill Golf Course will soon be introducing a new sport to its fairways. Starting April 1, footgolf, an international sport that is growing in popularity, will be available to the public and to current members.

Inside the Numbers: How many people still read the local paper?

It’s certainly not the good old days for newspaper publishers, when the biggest decision they faced was which big-money advertiser to play golf with on Wednesday and then which one had to get pushed back to Thursday or Friday.

To kick off the new year, The Greenbrier resort in West Virginia is launching its second annual Discovery Series, a collection of 10 themed weekends meant to elevate the senses, uncover hidden passions and cultivate the palate.