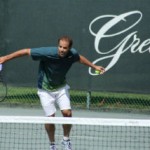 The Greenbrier, the classic American destination resort in the foothills of West Virginia’s Allegheny Mountains, announced today that it has appointed Tennis Hall of Famer Pete Sampras as its first-ever Greenbrier Tennis Pro Emeritus. 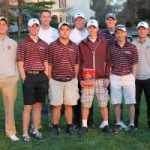 The inaugural Virginia Independent Schools Athletic Aasociation golf poll for the 2014 season has the Fishburne Military School team ranked #1 in the state in Division 2.

The Fishburne Military School golf team improved to 3-0 on the season with an impressive win over the former state champion Covenant (Charlottesville) golf squad this week. 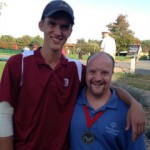 Last month, the Bridgewater College men’s and women’s golf teams partnered with Special Olympics for a golf outing at Lakeview Golf Course. That partnership was selected by the NCAA to be one of the featured stories in November’s Special Olympics Spotlight at NCAA.org.

While they may put up with a lot of stress from wind, waves and weather, beaches and the coastal environments surrounding them are surprisingly fragile.

Contrary to last year’s press clippings, fist fights did not break out at this year’s Lexington-Rockbridge-Buena Vista “State of the Community” breakfast. Instead it was the usual sea of harmony sponsored by the Chamber of Commerce, aka the local Pollyanna Society. The breakfast proved once again that there is a media bias. Representatives from our […]

Austin Gisriel: Par for the worse

Column by Austin Gisriel Submit guest columns: freepress2@ntelos.net    With our record snow now melting, local golf courses will soon be dotted with duffers everywhere. My only question is: Why? The problem with golf is that the fun is fleeting, but the aggravation is permanent. Golfers talk about the need to work on your game, […]

The often-neglected key to good golf Column by John Rogers The putting stroke is the simplest of the swings we use in the game of golf, and it probably should be the starting point, the foundation on which a golfer builds his game. It is also true that the target in putting is a sassy, […]