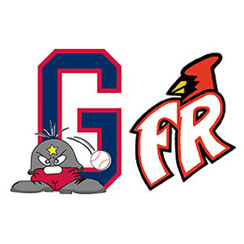 Front Royal battered Waynesboro pitching for 21 hits, and Corey Sessions limited the Generals to six hits in a complete-game effort in a 14-1 Cardinals laugher Sunday night at Linco Park at Kate Collins Field.

Sessions (3-0) struck out two with no walks in an efficient, effective performance for Front Royal, throwing just 81 pitches, 56 for strikes.

Front Royal broke the game open with a trio of big innings, getting three in the third, the big blow being a two-run homer by Bobby Lang, four in the fifth, all unearned off Waynesboro starter Brett Sasse (0-1) after a two-out error by first baseman Kevin Phillips opened the floodgates.

The Cardinals added five in the sixth off reliever Jordan Harmon.

Waynesboro got its lone run in the fourth when Jeremy Taylor led off with a single, stole second, advanced to third on a grounder by Michael Brosseau and scored on a sacrifice fly by Clayton Taylor.

The global travel and tourism sector is bouncing back after the hardest two years in its history, although still vulnerable to global economic conditions, the war in Ukraine, and new variants of Covid-19. According to data presented by AugustaFreePress, travel and tourism revenues are set to reach $716.8bn in 2022, showing a huge 45% YoY...

Clemson took a huge step toward the Atlantic Division title with an impressive 30-20 win over NC State Saturday night. The Tigers stretched the nation’s best home winning streak to 37 games.