Charlottesville’s Corey Hunt has been named the VBL Maynard “Mo” Weber Manager of the Year.

VCU freshman Connor Gillispie went seven strong innings to pitch Charlottesville to a 7-2 win over Waynesboro in Game 1 of their VBL playoff series. 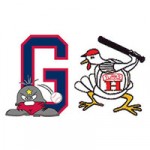 The Harrisonburg Turks (20-20) play against the Staunton Braves (19-21). The race for second place is still on in the second to last game of the season.

Everything was set up for another Harrisonburg Turks (20-20) late comeback, but they couldn’t get the runs needed.

The Harrisonburg Turks (19-18) will face off against the Waynesboro Generals (20-19) in a battle for second place tonight.

Streaking Turks look to make it six in a row

Another 6+ run come back eighth inning by the Harrisonburg Turks (17-17) spring them to a .500 record for the first time since they were 1-1 on the season.

VBL walks off with 3-2 win over Cal Ripken League

The VBL scored twice in the bottom of the ninth to walkoff with a 3-2 win over the Cal Ripken League at the Southern Collegiate Showcase.

The Harrisonburg Turks (16-17) have now won three in a row and look for their fourth in a home contest against the New Market Rebels (19-14).

The VBL took a perfect game into the fifth inning and pitched a shutout to open the Southern Collegiate Showcase.

After a huge nine-run eighth inning by the Harrisonburg Turks, including a three-run homer by Bryan Arias, the Covington Lumberjacks fall 13-4.

After the Harrisonburg Turks scored five runs in the third, New Market scored seven unanswered, including two in the ninth to win 7-5.

Former World Series champions Sam Perlozzo and Wayne Comer are among the inductees as the Valley Baseball League recognizes its 2017 Hall of Fame Class.