After five successful years hosting the Red Wing Roots Music Festival in the Shenandoah Valley, local favorites The Steel Wheels are excited to kick off another great festival this year.

Lime Kiln Theater presents an evening with the Infamous Stringdusters

Opera can get violent, and Virginia Opera’s Herndon Foundation Emerging Artist, Kelly Glyptis is prepared to defend herself.

Jeremy Staubus at Performing Arts Center in Luray on Nov. 14

Jeremy Staubus, performing in Luray on Saturday, Nov. 14, will blow you away with his Johnny Cash-like vocals. His voice, combined with his songwriting ability, makes for one powerful entertainer—and an evening to remember.

The Festival Stage at the 35th annual Crozet Fall Arts and Crafts Festival will be filled all weekend long with talented local musicians and dancers.

The deadline for individuals and groups to apply for inclusion in the 2016-2017 Virginia Commission for the Arts’ Performing Arts Tour Directory is 5:00 p.m., July 15. 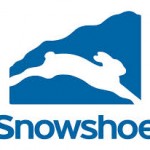 Snowshoe Mountain (www.snowshoemtn.com), the #1 year-round resort in the Mid-Atlantic, announced that country music artist Josh Thompson, known for hit songs “Turn it Up”, “A Cold Beer with Your Name on It” and “Wanted Me Gone” will headline the upcoming Rise & Shine Festival.

Music for the Mountains: Anti-pipeline music festival set for July 18

The Greenbrier, the historic resort destination located in the foothills of the Allegheny Mountains of West Virginia, is pleased to announce that Earth, Wind & Fire will perform at the Grand Opening of Center Court at Creekside on Saturday, June 20th at 9 pm.

I had the honor of meeting the Uke Crew of Shelburne Middle School. These fun and talented kids have formed a ukulele playing group.

Multi-award winning bluegrass band Blue Highway will be performing at the Court Square Theater at 8:00 PM on Friday, February 27, 2015. Tickets are available at the Theater Box Office at 540.433.9189 or on-line at www.valleyarts.org/performances.

Below is a listing of the next three weeks of Eastern Mennonite University-related events.

The Myers and Phillips children visited Bath Community Senior Center January 7. They played a selection of songs on the violin, cello and piano. Our members enjoyed listening to these talented children and look forward to their next visit.

The I’s have been dotted, the t’s crossed, and the final phase of the restoration of the Wayne Theatre is set to begin.

Landau Eugene Murphy Jr., the dreadlocked classic crooner vocalist who won season six of NBC Television’s America’s Got Talent, a $1 million grand prize, and a Columbia Records contract, will be performing in Charlottesville at Paramount Theater, at 215 East Main Street, at 8 p.m.

The talented choirs of two local churches will once again fill the sanctuary at Staunton Church of the Brethren with the sounds of the season during the annual Twelfth Night Concert on Sunday, Jan. 4.

Join Barren Ridge Vineyards for complementary live music every Friday and Saturday night from 5:00-7:30 pm! The one exception to the calendar is the third Friday of every month, when we host Sunsets in the Vineyard or Firelight Friday.

Holiday traditions of the VMI Keydets

With Christmas now upon us, VMI Associate Athletic Communications Director Brad Salois caught up with a handful of Keydets to get their thoughts on favorite holiday traditions that they share with those around them.