The City of Charlottesville would like the community’s input on the renaming of our downtown parks. A survey has been launched to receive suggestions for the downtown parks initially renamed in June 2017.

The second annual commemoration of Liberation and Freedom Day, which recognizes the ending of slavery in the City of Charlottesville and Albemarle County, Virginia, will be celebrated in Charlottesville on Saturday, with observances at the University of Virginia Chapel and the Jefferson School African American Heritage Center.

The Director of the Richmond Equal Employment Opportunity Commission (EEOC) Office, Daron Calhoun will be in Charlottesville on Tuesday at 6 p.m. at the Jefferson School African American Heritage Center to talk with community members who are interested in learning how to address discrimination in the workplace.

The City of Charlottesville is searching for a new Chief of Police to lead the Department. Our community members have a critical role to play in helping to recruit the next Chief and the ideal candidate must demonstrate qualities and characteristics that reflect our diverse community.

Artists from the popular City Market along with other local artisans will be displaying and selling their creations at the City Market Arts event on Saturday, February 10 from 10 am to 4 pm at Carver Recreation Center in Charlottesville.

The Charlottesville Office of Human Rights will host a free screening of the film An Unlikely Friendship on Wednesday, January 24 at 6pm at the Jefferson School African American Heritage Center. 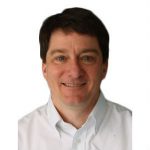 Charlottesville City Manager Maurice Jones announced the hiring of Brian Wheeler as the city’s next director of communications.

The City of Charlottesville announced today the continued implementation of the Master Plan for McIntire Park with the commencement of construction of two new major park improvements.

Jordan Romeo received a suspended sentence and community service Friday after pleading guilty to a disorderly conduct charge arising out of the July 2017 KKK rally in Charlottesville.

City of Charlottesville curbside trash or recycling service customers may place Christmas trees at the curb for collection the week of January 8.

The City of Charlottesville parking meter pilot program will restart on Tuesday January, 2nd at 8AM. The program had been temporarily suspended from Friday November, 17th through the holidays. 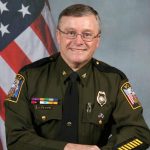 City Manager Maurice Jones announced today the hiring of Thierry Dupuis as interim police chief for the City’s Police Department. Dupuis retired as police chief in Chesterfield County in September of 2017 after serving ten years in that role.

Craig Brown has announced that he will be leaving his position as City Attorney in Charlottesville at the end of January 2018 to pursue another opportunity. Brown joined the City Attorney’s Office in 1985, and was promoted to City Attorney in 2001.