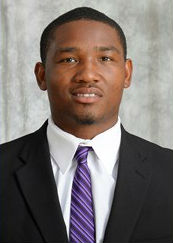 Vad Lee has experiences. He saw time for Georgia Tech in the 2012 ACC Championship Game against Florida State and the 2012 Sun Bowl in which the Yellow Jackets beat usc. He started all 13 games as a redshirt sophomore in 2013, and while Tech finished a disappointing 7-6, it wasn’t because of the offense, which Lee helped finish fourth in the ACC on yards per play running Paul Johnson’s tricky triple-threat option.

Thing was, Lee never liked the triple-threat option, though it had been expected that his abilities as a runner and passer could make him an ideal fit. Issues with injuries on the line and receiver corps limited Johnson’s play-calling options as the season wore on, and Lee ended up completing just 45.6 percent of his passes in 2013, a season that Lee summed up, after a 25-17 loss to Ole Miss in the Music City Bowl, as “rough.”

A legendary high-school recruit from the state of North Carolina, where he met JMU coach Everett Withers, who was responsible for recruiting Lee while on the staff at UNC, Lee reached out to Withers within days of deciding that he wanted out of Atlanta.

A semester at JMU behind him, Lee is ready to lead the Dukes back to the promised land in FCS football.

And in a way, he has been there with his new teammates since day one, because Withers and his staff are, like Lee, relative newcomers to Bridgeforth Stadium, replacing Mickey Matthews after the legendary coach was let go following a 2013 season that ended with JMU missing the FCS playoffs for the fourth time in five years.

Lee has made the adjustment from the fast pace of Atlanta to the more relaxed lifestyle of the Shenandoah Valley.

“I’m more of a slow guy,” said Lee, who racked up more than 8,000 total yards and accounted for 85 touchdowns as a star at Hillside High School (Durham, N.C.), leading his team to a perfect 16-0 record and a state title in his senior year in 2010.

“I like to take my time, like to chill a little bit, lay back, relax. In Atlanta, I was always on the go. I had to move. That’s just the culture there. But I certainly love the mountains and everything. This is a fun place. It might not look it at first, but this is a very fun place,” Lee said.

Lee doesn’t like the label option quarterback. He threw for 264 yards and three touchdowns in the 2010 North Carolina state title game, and considered UNC and Duke before deciding to sign with Georgia Tech.

I asked Withers his assessment of Lee’s abilities as a passer, and he took me back to Friday nights in Durham.

“I had an opportunity to recruit Vad out of high school, so I got to see a lot of him. So I know he can,” Withers said. “He’s from one of the better programs in the state of North Carolina that’s put out a lot of talented players. Georgia Tech got a steal, they just couldn’t keep him. But he can definitely throw the football. I had the opportunity to see him lead his team to the state playoffs and state championships.”

Lee threw for 1,561 yards and 11 touchdowns at Georgia Tech in 2013, and added 513 yards and eight touchdowns on the ground. The label dual-threat fits better than option quarterback, and co-offensive coordinator Drew Mehringer thinks Lee is ready to shine at JMU in a new scheme.

“Vad has a very unique skillset. Not only can he run, he’s a big kid, too, and he can throw the ball,” said Mehringer, also the quarterbacks coach on the JMU staff. “If you ask him, that’s why he’s here. He wants to be a quarterback, so we’re going to utilize him that way.”

To Mehringer, who comes to JMU after spending the last two years on staff with Withers at Ohio State, which features a dual-threat quarterback in Braxton Miller, Lee’s greatest asset is “he’s got an energy and exuberance about him that makes him great to be around and easy to coach.”

“For us, his leadership aspect has really, really grown on this team,” Mehringer said. “We’re really looking forward to seeing what he’s going to do for us. We’ve got a pretty good idea what he can do skillset-wise, and we want to continue to push that and see what creative ways we can come up with to utilize him in our offense.”

Lee knows well that it won’t be easy for him just because he’s coming to FCS from FBS and to the CAA from the ACC.

Lee didn’t transfer just to enjoy the slow pace of life in the Valley. He made the move from Atlanta to Harrisonburg with one goal in mind: winning.

“We have a lot of excitement in this program,” Lee said. “We’ve got a lot of momentum and a lot of energy. A lot of juice, as our coaches would say. We’re certainly excited to kick off the new era of JMU football.”