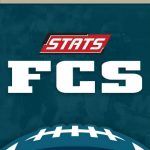 Every FCS win over an FBS program is felt across college football, but a strong intersectional matchup early in the season is just as important for the FCS.

No. 13 William & Mary will continue its quest for an NCAA title when it plays at 12th/11th-ranked and seventh-seeded Richmond in tthe NCAA Playoffs.

After posting a convincing 38-16 victory at Villanova on Saturday, the William & Mary football team garnered a national ranking in both major Football Championship Subdivision (FCS) polls this week. 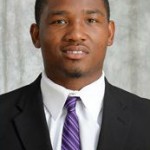 Following the program’s first-ever run in the NCAA FCS Playoffs, Liberty has announced it will face one of the most challenging schedules in program history when the Flames return to action during the 2015 season.

Liberty football rallies in second half, upsets JMU, 26-21, in playoffs

The Flames scored three times and held the No. 15/15 James Madison potent offense in check in the second half, allowing No. 20/23 Liberty to advance in the NCAA FCS Playoffs with a 26-21 win.

Liberty football moves back into Top 25

Following a victory over No. 2/1 Coastal Carolina in Conway, S.C., Liberty has moved back inside both FCS top 25 polls heading into the first round of the NCAA FCS Playoffs.

The No. 15 JMU football team will host Big South Conference champion Liberty in the 2014 NCAA FCS Football Championship, the committee announced this morning.

JMU finds out it will play Liberty at home on Nov. 29 at Bridgeforth Stadium in the FCS Playoffs. Check out the reaction here.

In its regular season finale, JMU scored on nine of its first 13 drives of the game to roll to a 59-21 victory over Elon on Saturday afternoon at Bridgeforth Stadium/Zane Showker Field.

Liberty punched its ticket to the NCAA FCS Playoffs for the first time with a 15-14 victory over No. 2/1 Coastal Carolina, Saturday afternoon, at Brooks Stadium.

After earning a lopsided victory at Towson on Saturday, the William and Mary football team moved up in both major Football Championship Subdivision (FCS) polls this week.

JMU football is poised to advance to the NCAA FCS Playoffs. The official NCAA FCS Playoff selection show will announce the participating teams on Sunday, November 23 at 11 a.m. and will be aired on ESPNU.

The Liberty Flames scored twice in the fourth quarter to pull within two points, but were unable to come up with a defensive stop late in the game, dropping their Senior Day contest, 38-36, to Charleston Southern.

James Madison will take to the road for its next Colonial Athletic Association contest with Stony Brook on Saturday.