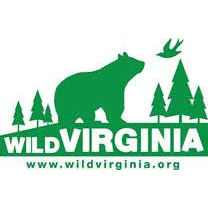 Wild Virginia hosts the Wild and Scenic Film Festival On Tour at the Visulite Cinema on Sunday, April 22.

The Wild & Scenic Film Festival is a collection of films from the annual festival held the third week of January in Nevada City, Calif., which is now in its 16th year. Wild & Scenic focuses on films which speak to the environmental concerns and celebrations of our planet.

“Films featured at Wild & Scenic showcase frontline activism and stunning cinematography,” says On Tour Manager Johan Ehde. “Our changing Earth is at the forefront of conversations nationally and globally. Now, more than ever, it is imperative that individuals propel the groundswell of the environmental movement. Collectively, we can make a difference.”

The Wild and Scenic Film Festival was started by the watershed advocacy group, the South Yuba River Citizens League in 2003. The festival’s namesake is in celebration of SYRCL’s landmark victory to receive “Wild & Scenic” status for 39 miles of the South Yuba River in 1999.

The 5-day event features over 150 award-winning films and welcomes over 100 guest speakers, celebrities, and activists who bring a human face to the environmental movement. The home festival kicks-off the international tour to over 170 communities around the globe, allowing SYRCL to share their success as an environmental group with other organizations. The festival is building a network of grassroots organizations connected by a common goal of using film to inspire activism.

Featured at the tour event in Staunton, Wild Virginia will share films that showcase some hardcore female base jumpers, environmental and economic distress in the West Virginia coal fields, the significance of the national Wild & Scenic Rivers program, and Biomimicry.

The festival is a natural extension of Wild Virginia’s work to inspire people to act on behalf of the environment. While preserving and supporting the complexity, diversity and stability of natural ecosystems, Wild Virginia enhances connectivity, water quality and climate in the forests, mountains, and waters of Virginia. Through education and advocacy, they get residents hiking in our wild places and mobilize them to affect policymakers.