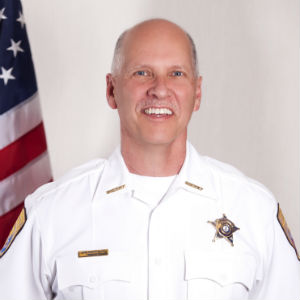 Harris has served as sheriff for 17 years, and has served the City of Waynesboro as a law enforcement officer for almost four decades.

“I am running for re-election as sheriff because I strongly believe in the motto, ‘Protect & Serve.’ Through the use of technology and training, the members of the sheriff’s office continually strive to make improvements as we provide a safe working environment for citizens, employees, court personnel and judges,” said Harris.

Sheriff Harris, a resident of Waynesboro for most of his life, grew up in the Wayne Hills area. Harris joined the Waynesboro Police Department in 1980 before serving as the sheriff.

Harris recently retired from the Waynesboro SWAT team with 29 years of dedicated service and continues to assist with tactical and firearms training.

“I consider it a great honor to serve as Waynesboro City Sheriff.  Our office will continue to provide the high level of public safety that our citizens deserve.  As it has always been, my door remains open for anyone who needs the assistance of the sheriff,” Harris said.