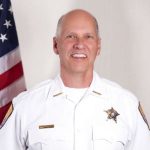 Waynesboro Sheriff Joe Harris Jr. will be seeking re-election in November. Harris has served as sheriff for 17 years.

The Vertical is reporting that UVA alum Joe Harris has signed a free-agent deal with the Brooklyn Nets.

Tuesday was a whirlwind day for former Virginia guard Joe Harris, who woke up a Cleveland Cavalier, had surgery, was traded to the Orlando Magic, and went to bed looking for a job.

Virginia alum Joe Harris set for surgery, likely out for the season

Second-year Cleveland Cavaliers guard Joe Harris will undergo surgery on his right foot next week and is expected to miss the rest of the season.

Cleveland finished off a four-game sweep of the #1 seed Atlanta Hawks in the Eastern Conference Finals with a blowout win on Tuesday night. It was such a blowout that little-used rookie Joe Harris got in with six minutes to go, enough time for the UVA alum to score seven points and dish out an assist while running the offense at the point.

Former UVA All-Atlantic Coast Conference performer Joe Harris was selected by the Cleveland Cavaliers in the second round of the 2014 NBA Draft on Thursday (June 26) night. Harris was the 33rd overall pick of the draft.

UVa.’s Joe Harris out of three-point competition due to academic obligations

UVa. senior guard Joe Harris talks with reporters after the #1 seed Cavs lost 61-59 to Michigan State in the Sweet 16 on March 28 in Madison Square Garden in New York.

Notes, Quotes and Comments: UVa. falls in the Sweet 16

Postgame notes and the transcript from the press conference with UVa. coach Tony Bennett and players Joe Harris, AKil Mitchell and Malcolm Brogdon.

So much for what the experts had to say about UVa. letting teams stay in games. The top-seeded Cavaliers closed out the first half on a 16-2 run to open up a 15-point halftime lead, and #8 seed Memphis never mounted a serious threat thereafter as Virginia rolled to a 78-60 win Sunday night in Raleigh, N.C.

UVa. advances to its first Sweet 16 since 1995 with a 78-60 win against Memphis on Sunday. JR Reid joins ACC Digital Network host Jeff Fischel to break down the game. JR and Jeff discuss the great performances from Joe Harris and Anthony Gill, the upcoming matchup with Michigan State, plus more!

Tony Bennett, Joe Harris, and Akil Mitchell talked with the media on Thursday, one day ahead of UVa’s second-round NCAA Tournament opener against Coastal Carolina.