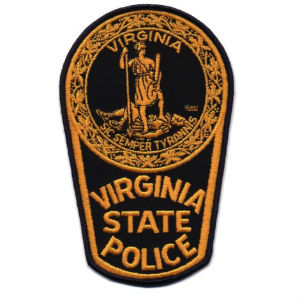 The men and women of the Virginia State Police and their families will gather together Tuesday, May 22, to honor all public safety professionals who have given the ultimate sacrifice in their service to the Commonwealth of Virginia.

A poignant part of the service will be the unveiling and dedication of the portraits for Special Agent Walter, Lt. Cullen and Trooper-Pilot Bates before their families and fellow troopers. Following the ceremony, all three, new portraits will be hung in the Colonel C.W. Woodson Jr. Memorial Gallery located within the Virginia State Police Academy. The gallery already holds the portraits of the state police’s other 62 courageous men and women who died in the line-of-duty while serving the citizens of the Commonwealth.

Special Agent Walter was shot and killed in the City of Richmond on May 26, 2017. Lt. Cullen and Trooper-Pilot Bates were killed when their helicopter crashed in Albemarle County on Aug. 12, 2017.

The service will recognize all of the Department’s law enforcement professionals who have died in the line of duty, to include a special tribute to the following 15 troopers in which 2018 marks a significant milestone:

Each tribute includes a single bell toll and an Honor Guard salute.