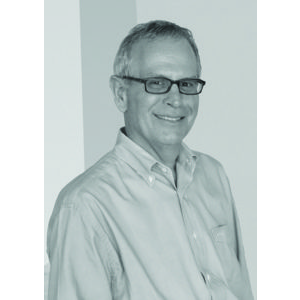 New Dominion Bookshop (404 E Main St.) will host a book talk and signing with author and University of Virginia alum Joel Gardner on Saturday, April 7, from 4:00 PM to 5:00 PM.

Joel Gardner is the author of the memoir From Rebel Yell to Revolution: My Four Years at UVA 1966-1970. This event is free to attend. Complimentary refreshments will be available.

In this entertaining and informative memoir, University of Virginia alum Joel Gardner delves into the four most turbulent and transformative years in the history of UVA. Arriving as a total outsider in 1966, Gardner, a born and bred New Yorker, soon found himself immersed in a sheltered world of customs and traditions that had existed virtually unchanged for decades. Yet within his tenure, this genteel Southern culture of coats, ties, and party weekends would be irrevocably disrupted, as the anti-Vietnam War and Civil Rights movements at last caught up with “The Old U.”

With a sharp eye for detail and a canny sense of historical relevance, Gardner recreates the turbulent world of UVA in the late 1960s, a microcosm of the tides of change that swept the world. In these four short years, blazers and bourbon gave way to denim and demonstrations, changing the face of Mr. Jefferson’s University and forever altering the spirit of an American institution.

John Casteen III, president of the University of Virginia from 1990 to 2010, writes, “From Rebel Yell to Revolution must surely be the richest, most detailed accounting of the complex period when the ‘Old U’ transitioned to the ‘New U’… Gardner’s experiences make the book hum, and his sharp eye for significance in every scene makes the book memorable. We, his readers, and fellow alumni, are fortunate to have it.”

Joel Gardner was born and raised in New York City. He graduated from the University of Virginia with an honors degree in history in 1970 and from its School of Law in 1974, where he was a member of the Law Review. He returned to NYC to practice law at a major Wall Street firm and subsequently entered the investment banking world, where he was an M&A banker for three decades, specializing in transactions involving Asian-based companies. Gardner has been actively involved with the University of Virginia in numerous capacities since his graduation, and he and his wife Gayle now split their time between Charlottesville and Boca Raton, Florida.

About New Dominion Bookshop: Serving Albemarle and Central Virginia since 1924, New Dominion Bookshop is the oldest independent bookseller in Virginia. Located in Historic Downtown Charlottesville, New Dominion is a general trade bookshop that serves as the hub for readings and other literary events in the community. For more information, visit ndbookshop.com.