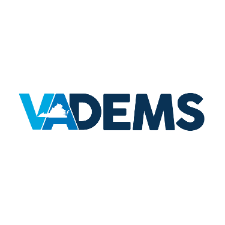 Del. David Toscano (D-Charlottesville), Leader of the House Democratic Caucus, has appointed Del. Rip Sullivan (D-Fairfax) to serve as Campaign Chair for the 2017 cycle, completing the House Democratic leadership team. Toscano said, “Delegate Sullivan has proven himself a leader since the day he was elected to the House of Delegates and I’m excited to have him join our leadership team as we continue to elect more Democrats.”

Del. Charniele Herring (D-Alexandra), the House Democratic Caucus Chair, said, “I am proud of the accomplishments of our caucus and it is an honor to Chair such a diverse group of inspiring individuals. Building our numbers in the House has been a team effort and it has been gratifying to see so many step forward to take leadership roles to nurture our success. I am pleased that Rip has joined our team as we continue to work toward the 2017 elections.” Sullivan, who was elected in a special election in 2014, joins Del. Kathleen Murphy, another “sophomore” member of the caucus on the leadership team.

Del. Alfonso Lopez (D-Arlington), who served as Campaign Chair for 2015 and was recently promoted to Democratic Whip, added the following, “In 2015, we picked up 3 Republican held seats despite being vastly outspent by the other side. I look forward to working with David, Charniele, Rip and the rest of our House Democratic team to make sure we continue growing a diverse Caucus that truly represents the future of Virginia.”

Del. Rip Sullivan (D-Fairfax), said regarding his appointment, “It’s an honor to be asked to serve and I look forward to working with our partners throughout the Commonwealth to elect more Democrats to the House of Delegates in 2017.”