The Richmond Symphony Orchestra will perform Harry Potter and the Sorcerer’s Stone™ Feb. 10-11, 2018.

Coming to Altria Theater: Harry Potter and the Sorcerer’s Stone

The Richmond Symphony Orchestra will perform Harry Potter and the Sorcerer’s Stone™ in Concert on February 10, 2018.

Comedy legend John Cleese is heading in your general direction on Friday, Nov. 10 at Altria Theater in Richmond.

Karn Custom Woodwork will invest $2.55 million to expand its headquarters and manufacturing operation in the City of Richmond.

2nd Life Inc. will invest $975,000 to expand its operation in the Manchester district of the City of Richmond.

TemperPack will invest $2 million to expand its headquarters and manufacturing operation in Richmond, creating 23 new jobs.

Rick Springfield and Richard Marx join forces to bring their catalogues of hits to Carpenter Theatre in Richmond on Sunday. 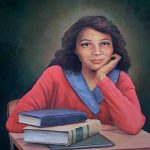 Earth, Wind & Fire will perform live in concert at Altria Theater in Richmond on Friday, March 31 at 7:30 p.m. 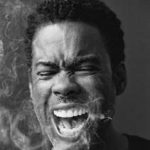 Due to overwhelming demand, Chris Rock has added a second show in Richmond on Monday, March 6 at Altria Theater in Richmond.

Chris Rock coming to Altria Theater in Richmond on March 5

Steve Winwood comes to Richmond at 7:30pm Tuesday, May 2, 2017 at the Carpenter Theatre at Dominion Arts Center.

Back to the drawing board for Mendenhall, UVA football

UVA coach Bronco Mendenhall’s take on the 37-20 egg that his team laid at the foot of FCS Richmond in his debut? He’s asking them to do too much.

How did UVA football actually get worse? Count the ways

UVA football fans were sold a program that wouldn’t do all of the kinds of things that had pockmarked the past 10 seasons.

Full box score and game notes from Richmond’s 37-20 upset win at UVA in the 2016 season opener.

Richmond football coach Danny Rocco talks with reporters after the Spiders’ 37-20 win over UVA on Saturday.

Two students and the local branch of the NAACP have filed an anti-discrimination complaint against Richmond Public Schools.

Along with reducing air pollution, the Clean Power Plan can save low income individuals money.

Richmond used a 13-point run to open the fourth quarter and secure a 69-63 victory over the Swords Thunder in exhibition action.

A new report from the American Thoracic Society and Marron Institute of Urban Management at NYU looks at the air that families in the Richmond area breathe.

VCU Medical Center has been recognized by U.S. News & World Report as the No. 1 hospital in the Richmond metro area for 2016–17.