Top CSGO teams to be distributed into new leagues 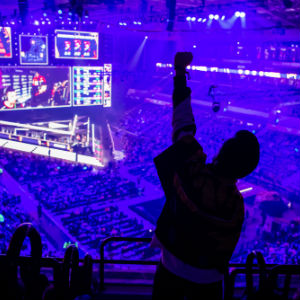 CSGO is going to witness multiple leagues in 2020 to define future competitive landscapes. However, there are numerous speculations of what teams are going to play in what leagues. Let’s explore!

But towards the end of the month, the buzz of CSGO leagues was in full throttle. Be it ESL Pro League or B site championship; there are announcements from each one of them. And we’re waiting for more! Let’s look at few of the recent announcements:

ESL Pro League us all set with its Season 11.

Within the league, 24 teams will be competing over a span of four weeks. That will include a complete offline regular season in a studio and also a three-day finals event at an arena location.

Note: the other ESL pro tournaments will not be scheduled during an ongoing ESL Pro League season.

Towards January end, Jarek ‘Dekay’ Lewi said that ESL would be soon announcing the 24 teams that will be part of the league, along with the new format of the league. They declared a list of 24 team names that were expected to join the league. All the teams from the list are in the league expect two notable ones.

MIBR and Cloud 9 will not be part of ESL Pro league as they have reportedly agreed to compete in the B Site League.

OG, the dominant Dota 2 and GODSENT, led by CS legend Markus ‘pronax’ Wallsten will be replacing MIBR and Cloud 9 in the league. If you’re looking to place a bet on upcoming CS:GO tournaments and for all the best CSGO gambling sites visit http://csgobook.com

The ESL playing teams are as follows:

Note: the ESL Pro league will be accompanied with still to be named B-site League and also the BLAST premier series.

For this 11th season, the 24 teams will be split into four groups.

Each group with six teams will participate in best-of-three matches in a round-robin format. So, there are no more regional leagues; instead, it would be all play in one league.

The group winners will get playoff byes, and second and third-place finishers will play in the first round.

The final six teams in the playoffs will compete with each other in ‘arena location for a three-day live event.’

If you assume that ESL will be playing these teams and signing the LANXESS agreement with them, that will incentivize the teams to commit to the league. If done, it’ll leave very slim pickings for other CSGO leagues such as B Site championship.

Since 21 out of the top 25 teams have been invited to ESL, there are high chances that they might not compete in the NA league. However, it still isn’t confirmed yet.

B Site’s confirmed teams for 2020 season

There are either ten or twelve slots in the B site championship, either way, several teams have paid the leagues $2M buy-in and marked as confirmed below.

Although BLAST isn’t directly conflicting with the ESL Pro League or B Site Championship leagues. They might overlap with its competitors in the second half of the year, which might again create another controversy in the process.

Well, with all these leagues, it’s undoubtedly a tough choice for each team to decide what league to compete in.

With CSGO making it big with such leagues each year, the associated online gambling games are also thriving with players placing bets for winning skins. Just like players earning dollars, players on CSGO gambling platforms are winning skins by playing roulette and dicing.

Story by James Robert. Robert is the Chief Editor at CSGOBook.com.