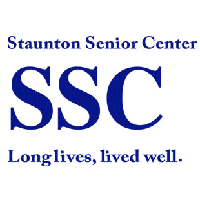 Rhythm & blues Black History Program presented at SSC: Did you know that it wasn’t jazz, it wasn’t blues, and it wasn’t gospel that was the most popular form of music among African-American people in in the 1950s?

You guessed it! It was rhythm and blues!

Fortunately for us, Al Leichter, a local authority on and long-time collector of R&B of the 1940s and ’50s, is capturing the era by all the research he has done for decades. Not only was R&B music popular at the time, it was the basis for rock and roll, soul, as well as today’s rock, pop, and R&B music.

Leichter discussed the music, some of the artists, the music scene of the period, and played original recordings, all in observance of Black History Month.

One of their instructors, Carol Byrd, who leads exercise on Thursdays at the Center, invited SSC members to join the seniors who exercise at the Y for the holiday festivities. Thankfully, there was an overabundance of wonderfully delicious food to satisfy the appetites of approximately 65 seniors and the many staff members working the event!

Before the luncheon got underway, Carol led an interesting time of Valentine multiple choice trivia questions and also trivia concerning the Y and its recent renovations. The eldest senior was given a prize, and that would be our own Mary, who recently turned 92! While seniors and staff enjoyed the wide array of foods, High on the Mountain Boys entertained with their country bluegrass music.

What a special way to spend a Valentine’s Day, in the company of old and new friends!

His Power Point presentation was both interesting and informative, as he zeroed in on portions of old photographs and explored some of the minute details with us. His presentation chronicled the history of VMI as he brought out even the humorous and lighter aspects of the institution as well as some of his own personal experiences there as a cadet.

During the process of writing the book, Colonel Gibson viewed over 10,000 old photographs, finally narrowing this down to 200 pictures that he captured in his book entitled Virginia Military Institute. The author graciously gave a copy of his work to the Center for its members to add to the library. SSC Program Director Lori Pullin perused the book the evening of Colonel Gibson’s visit and thoroughly enjoyed its content, both the pictures and the wonderful written material included!

Stay tuned for further announcements concerning our next local author who has been invited to the Center in March!