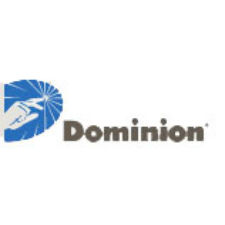 The State Corporation Commission has determined that Dominion Virginia Power must seek third-party market alternatives before the SCC can grant approval of a proposed solar electric generating facility. Dominion had proposed to build the 20-megawatt facility near the town of Remington in Fauquier County.

Virginia law requires Dominion Virginia Power to demonstrate it has considered alternative options, including third-party market alternatives, during its process for selecting the Remington Solar Facility. Virginia law also requires the Commission to consider the extent to which such a proposed facility is likely to result in unreasonable increases in rates paid by consumers.

In its final order, the Commission said, “As a ‘small renewable’ solar project, the Remington Solar Facility is one type of generation resource that the General Assembly has identified as in the public interest.” The Commission went on to say, “The General Assembly, however, has not declared it to be in the public interest that renewable power can only be obtained from the applicant’s own self-build project,… or at any price, no matter how burdensome to consumers.”

The Commission cited testimony from the Solar Association, the Mid-Atlantic Renewable Energy Coalition, and the Virginia Sierra Club that a ‘request-for-proposal’ process could have provided evidence as to whether lower-cost alternatives exist to provide this renewable power. The Commission also noted that the Attorney General’s Division of Consumer Counsel asserted that the company had failed to satisfy the statutory requirements necessary for Commission approval.

According to the record established for this case, the estimated cost of the proposed facility would be $2,350 per kilowatt. Its average annual operating time would be 22 percent (known as capacity factor). The SCC wrote, “The comparatively high cost to consumers and low capacity factor … underscore that serious and credible efforts, as required by the General Assembly, must be made to determine whether lower cost alternatives for obtaining renewable power are available in the market from third parties.”

Dominion Virginia Power is free to refile an application that meets all statutory requirements, including the requirement regarding third-party market alternatives, and that establishes the reasonableness and prudence of any costs proposed for recovery from consumers.