Where do I start with rooftop solar?

Good things may in fact come to those who wait. There’s never been a better time to go solar, given how much prices for panels have come down.

Why do rooftop solar panels have to be so big and unsightly?

If aesthetics is the reason you’ve been holding off on converting to solar, 2017 just might be the year for you to take the renewables leap.

Governor McAuliffe today announced the first large solar project to be owned and operated by the University of Virginia.

Neighbors across the Shenandoah Valley have formed the Mountain and Valley Solar Co-op.

Dominion is investing more than $800 million in solar power in Virginia, with much of it being built at little or no cost to most customers.

This year’s Dominion ArtStars award-winners are sure to contribute to the next generation of successful students as well as artists.

Nearly 235,000 solar panels, with help from the sun, are at work for Dominion Virginia Power customers.

UVA and its Darden School of Business have entered into an innovative solar power partnership with Dominion Virginia Power.

Governor McAuliffe announced the permit for a new solar farm under development by Correctional Solar LLC, a subsidiary of Virginia Solar.

First Solyndra went under, then SunEdison: What is the future of solar?

Our domestic solar power capacity has seen a compound annual growth of nearly 60 percent over the last 10 years.

Governor McAuliffe announced a permit for a new solar facility to be built in Clarke County.

Hecate Energy has received a permit for a new utility-scale solar facility to be built in Cape Charles in Northampton County.

Are there any resources or grants out there to help schools go solar?

Putting solar panels on your school is a great idea, not only to provide a free source of electricity, but also as a real-world way to teach students.

Governor McAuliffe announced Thursday a permit for a new solar facility to be built by Firestone Solar LLC, a subsidiary of Virginia Solar.

The State Corporation Commission will hold a public hearing on a proposed solar electric generating facility in Fauquier County.

Solar table created by student is first of its kind

As part of Virginia Tech’s Earth Week 2016 activities, the university will install its first solar powered table near Pritchard Hall.

The Commonwealth of Virginia, Microsoft and Dominion will partner to bring 20 megawatts (MW) of solar energy onto the grid in Virginia

In those states with ample sunshine and the legislative initiative to get solar panels on residential roofs, there has never been a better—or cheaper—time to put photovoltaic panels to use.

Dominion Virginia Power is partnering with SunEnergy1 to install 91,803 solar panels at a new solar farm in Chesapeake.

Dominion closes on final phase of solar sale to SunEdison

Dominion has closed on thefinal phase of its sale of a 33 percent ownership interest in 425 megawatts of solar generating capacity to SunEdison, Inc.

Dominion Virginia Power and the Commonwealth of Virginia reached an agreement to deploy 110 megawatts of solar power generation.

Dominion Energy, Inc., a subsidiary of Dominion (NYSE: D), today announced the acquisition of an 80-megawatt solar facility in Virginia from project developer Community Energy, Inc. Construction on one of the largest announced solar facilities in the mid-Atlantic region is expected to begin later in 2015. The facility would enter service in fall 2016.

The State Corporation Commission has determined that Dominion Virginia Power must seek third-party market alternatives before the SCC can grant approval of a proposed solar electric generating facility. Dominion had proposed to build the 20-megawatt facility near the town of Remington in Fauquier County.

Dominion Virginia Power has proposed to build 56 megawatts of large-scale solar facilities that would begin producing renewable energy by December 2016.

The Virginia Department of Environmental Quality is issuing the first Permit By Rule for an 80 megawatt solar facility that will be constructed in northern Accomack County.

Membership to the Augusta County Solar Co-op is closing on Sept. 30. The 86-member group is looking to add new members before the Sept. 30 deadline. Already, nearly a dozen people have signed contracts to go solar. System installations began earlier this month.

Dominion (NYSE: D) announced Monday that it has agreed to enter into a partnership with SunEdison, Inc. (NYSE: SUNE), in which it would sell 33 percent of its ownership in 425 megawatts of solar generating capacity for approximately $300 million, subject to working capital and certain other adjustments.

Dominion Virginia Power, a business unit of Dominion, is seeking bids for up to 20 megawatts of new solar capacity.

Neighbors in Augusta County have formed a solar co-op, leveraging their group buying power to go solar together and get a discount off the installation price.

Bradford Staffing has supplied employees for nearly 300 employers in the Shenandoah Valley and Central Virginia. It’s now looking to supply its own power through solar.

Project GROWS educational farm for youth is partnering with Altenergy Inc. in Staunton to install solar panels on its 10-acre farm site in Verona to power the farm’s walk-in cooler.

SUNRNR of Virginia, Inc., a Shenandoah Valley based solar generator manufacturer was recently one of nine small business owners and elected officials invited by the White House Business Council to attend a briefing with President Obama and senior Administration officials.

The Council of Independent Colleges in Virginia (CICV) has hired a veteran attorney, environmental advocate, renewable energy leader, and former educator as project manager for the Solar Market Pathways grant recently awarded to CICV by the U.S. Department of Energy Sunshot Initiative.

The solar energy challenge: Saving up sun for a rainy day

In the run-up to a solar eclipse on March 20 of this year, European tabloids had a Y2K-style field day. In the middle of a bright, sunny day, European solar panels together produce about as much electricity as 90 large nuclear power plants.

The State Corporation Commission (SCC) will hold a public hearing in July regarding an application by Dominion Virginia Power to build and operate a 20 megawatt utility-scale solar electric generating facility near Remington in Fauquier County.

Bridgewater College, 14 other private, nonprofit colleges in the Council of Independent Colleges in Virginia (CICV) and the U.S. Department of Energy have joined forces to help develop comprehensive plans for implementing solar power on area campuses.

In Response to the Dominion Virginia Power announcement regarding its first large-scale solar project in Virginia, Glen Besa, Director of the Sierra Club Virginia chapter issued the following statement. 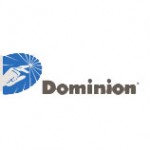 A Harrisonburg-based solar generator manufacturer is celebrating ten years in business this month by sharing the story of what it takes to bring a unique product from idea to marketplace.

Governor Terry McAuliffe released a Request for Information exploring whether solar energy development at, around, and/or atop state-owned property and/or buildings would make business sense, address state priorities and benefit the public.

Today marks the final day that the EPA will accept public comments on its proposed national standard to limit dangerous carbon pollution from power plants.

Re-using your greywater may be the only way to keep your lawn and garden healthy without taking more than your fair share of the community’s precious freshwater reserves.

A Shenandoah Valley solar energy company wants to get the word out that incentives for businesses to install solar are better than ever, and throughout October Altenergy Incorporated Staunton will be personally reaching out to area businesses to show them the numbers.