Rod Mullins: Will the ROVAL throw a curve in NASCAR playoffs? 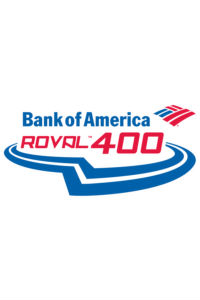 This weekend, it all comes down to a legendary track with a new look and a new spin on stock car racing as Charlotte Motor Speedway will unveil one of the new “crown jewels” in the Chase for the Cup, as the Queen City hosts the inaugural Bank of America ROVAL 400.

NASCAR’s “Big Three” of Kevin Harvick, Kyle Busch and Martin Truex Jr. have won 17 of the season’s first 26 races and all three will look to gain the upper hand on the other headed back to Queen City and the racing mecca of the Carolinas.

Truth is, the drivers are likely to be thrown for a curve when they hit the track for practice and qualifying. Some drivers have already tested at Charlotte and found the going of the ROVAL quite tough and challenging.

Just ask Rookie of the Year contender and popular driver of the 43 car, Bubba Wallace.  Wallace, a proven driver on the circuit, had his share of issues in a testing session at Charlotte  and some drivers remarked that the track had a way of “biting back” and coming up on you unexpectedly as they navigated the new curves and turns of the infield. Such conditions and the adaptability of the drivers will be put to the test in the cut-off race for the first round of the Monster Energy NASCAR Cup Series Playoffs.

In all, drivers will take on a challenging 17-turn, 2.28-mile road course oval unlike anything else on the schedule. Fans have been asking for a road course to be thrown in or scheduled during the playoffs. Bruton Smith and company listened and decided to take it one step further and give the fans, the best of both worlds.

So as the circuit visits Charlotte for the second time this season, how have the “Big Three” fared on previous road courses?

Despite the numbers, the “Big Three” could be upset in the inaugural running of the ROVAL event.  Penske driver Brad Keselowski had won three consecutive events, Darlington, Indianapolis and Las Vegas before Kyle Busch broke that streak at Richmond last week.

Fans cannot rule out other road course experienced drivers such as Chase Elliott, with his win at Watkins Glen back in August and Virginia driver Denny Hamlin, who always manages to put on a good show on the road course. Anything can happen and probably will with the inaugural running of the Bank of America ROVAL 400.

Fans from all 50 states and 12 foreign countries have already secured their tickets to the history-making Bank of America ROVAL 400.

In addition to the track “upgrade” and changes, Charlotte Motor Speedway crews have installed more than 112,000 square feet of synthetic turf on the speedway’s infield; erected an 80-foot-long, 22,000-pound infield pedestrian bridge and made significant improvements to high-traffic areas of the speedway’s concourse in recent weeks.

ROVAL Weekend begins on Friday with Bojangles Qualifying while on Saturday the Xfinity Series will take to the roval at 3:00 PM for The Drive for the Cure 200 presented by Blue Cross Blue Shield of North Carolina.  An infield concert on Saturday evening entitled Rock The ROVAL will feature  Tim Dugger and later, the Red Rocker himself, Sammy Hagar and The Circle will take to the infield stage.

On Sunday, the attention shifts to the inaugural running of the Bank of America ROVAL 400 beginning at 2:00 PM.

For more information about this weekend’s racing festivities, click on the above links or go online to charlottemotorspeedway.com