The Richmond Flying Squirrels (16-16) were done in by three defensive errors and five unearned runs as they fell to the Altoona Curve, 9-8, in a wild series opener in front of 2,250 at Peoples Natural Gas Field on Thursday night.  The game featured seven lead changes, 17 total runs and 27 total hits.  The three errors charged to the Squirrels were the difference, and the only miscues for either team.

The Squirrels picked up the first run of the game with a two-out uprising in the top of the first inning against Altoona righty Stolmy Pimentel.  Mark Minicozzi sent a double with two outs off the wall in right-center field.  Andrew Susac walked and Ricky Oropesa put the Squirrels in front with an RBI single to right field.

Altoona answered in a big way in the bottom of the second inning.  Andrew Lambo opened the inning with a single off Richmond lefty Ryan Bradley.  An out later, Adalberto Santos singled to put runners at the corners.  Mel Rojas Jr. singled into center field to tie the ballgame, 1-1.  Carlo Paulino then lofted a sacrifice fly to foul territory in right field to bring in Santos for a 2-1 Curve advantage.  Squirrels’ second baseman Joe Panik misplayed a grounder from Pimentel allowing a third run to score.  The error also allowed the inning to continue, and Gift Ngoepe capped it with an RBI single to center for a 4-1 lead.

Richmond came right back with three runs off Pimentel in the third inning.  Minicozzi again sparked the Squirrels, and again did so with two outs.  Minicozzi blasted a towering home run – his first of the season – to left field.  Susac then drilled a double off the batters eye in center field and Oropesa walked.  Jarrett Parker then tied the game, 4-4, when he blistered a two-run triple into the right-field corner.  Richmond had scored all four runs with two outs.

The Curve mounted their own two-out rally in the bottom of the third to reclaim the lead.  Santos singled and Mel Rojas Jr. doubled him home for a 5-4 advantage.

Pimentel walked Bradley with one out in the fourth inning, allowing the Squirrels to get right back at it.  Javier Herrera followed the walk with a double to put runners at second and third with one out.  Panik lifted a sacrifice fly to tie the ballgame, 5-5.  Herrera then scored for the lead when Pimentel delivered a wild pitch.

Altoona struck for two more and once again reclaimed the lead when Ehire Adrianza misplayed a routine ground ball from Pimentel in the bottom of the fourth inning.  Pimentel scored on a Bradley wild pitch and Lambo gave the Curve a 7-6 lead with an RBI single to left field.

Pimentel departed after 4 1/3 innings and didn’t register a decision.  He was charged with six runs – all earned.  It marked the first time on the year that he had conceded more than two runs in a start.  He permitted the Squirrels six hits, walked four, hit one and struck out three.

Bradley (0-4) left after four innings, touched up for seven runs, just three of which were earned.  He allowed nine hits, walked none and struck out three, not factoring in the decision.

Left-hander Tom Vessella worked three scoreless innings of relief for the Squirrels, while Curve righty Quinton Miller handled 2 2/3 scoreless innings.  That included working out of a bases-loaded jam with nobody out for Richmond in the top of the seventh inning.

The Squirrels continued to trail, 7-6, entering the eighth inning. Curve right-hander Jason Townsend entered in relief, and Ryan Lollis greeted him with an opposite-field double.  An out later, Herrera tied the ballgame with a single to right field.  Panik put the Squirrels back in front, 8-7, when he doubled up the first-base line.

However, the Squirrels would ultimately be done in by their defense as Adrianza committed an error to open the door for the Curve in the bottom of the eighth inning.  With lefty Phil McCormick on the hill, the error allowed Alex Dickerson to reach.  Stefan Welch followed with an infield-single and Lambo followed with a single to load the bases with one out.  Right-hander Daryl Maday came on and Jarek Cunningham launched a long single off the wall in left field to tie the game, 8-8.  The winning run came across on a fielder’s choice grounder from Santos.

McCormick (1-1) was tagged with the loss, his first for the Squirrels.  Townsend (1-1) returned to work a scoreless ninth inning, earning the win. 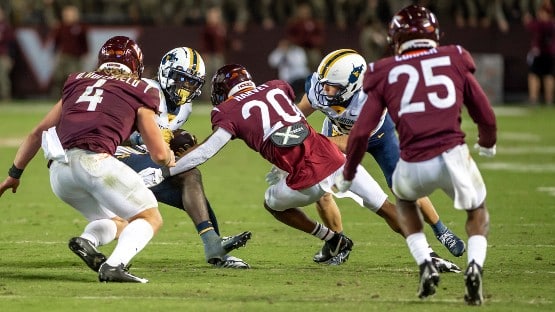 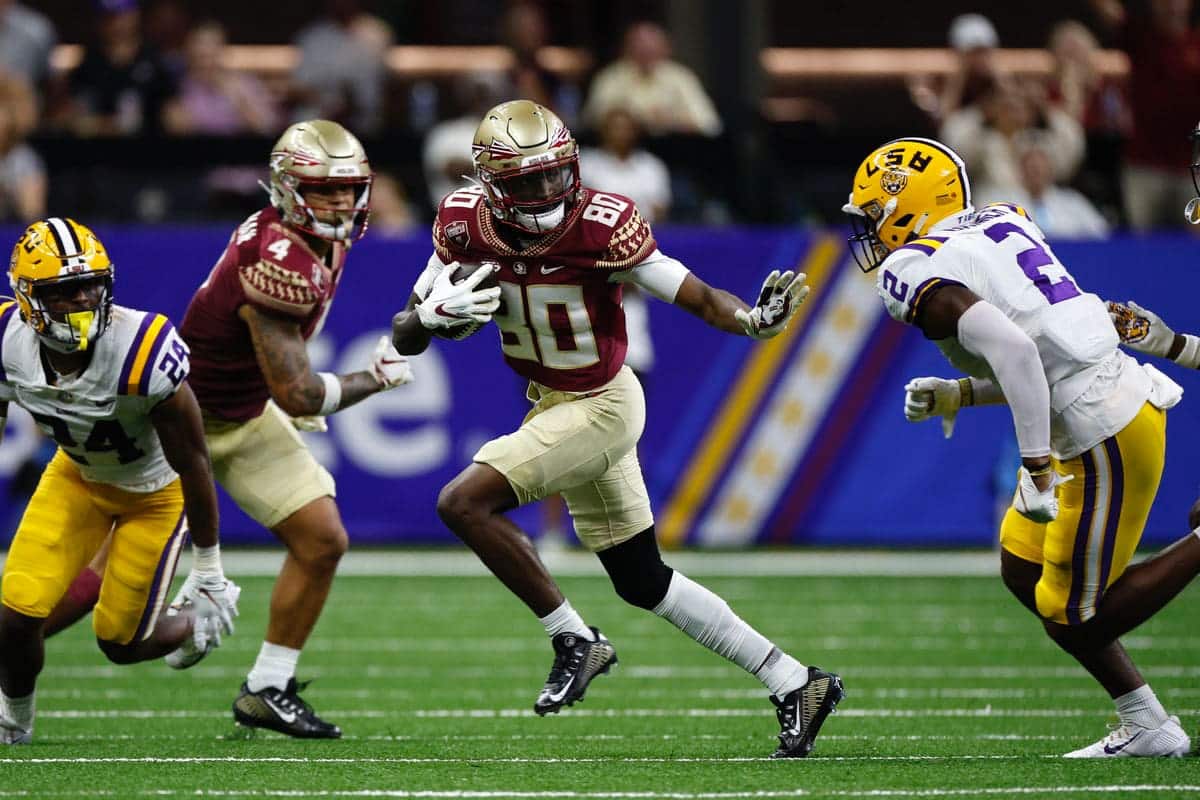 As regular bettors in legal wagering states will know all too well, college football player prop betting is non-existent. Luckily, we are here to make you aware of offshore bookmakers, who not only offer player prop betting for NCAA football, but also allow betting from anywhere, anytime. Best College Football Player Props Sports Betting Sites...

If you’re in Texas and are looking for a place to bet on the upcoming Texas Longhorns against Texas Tech Red Raiders game, we have you covered with this guide that also breaks down how to claim your free bets using our promo code INSIDERS. How To Bet On Texas vs Tech Tech in Texas... 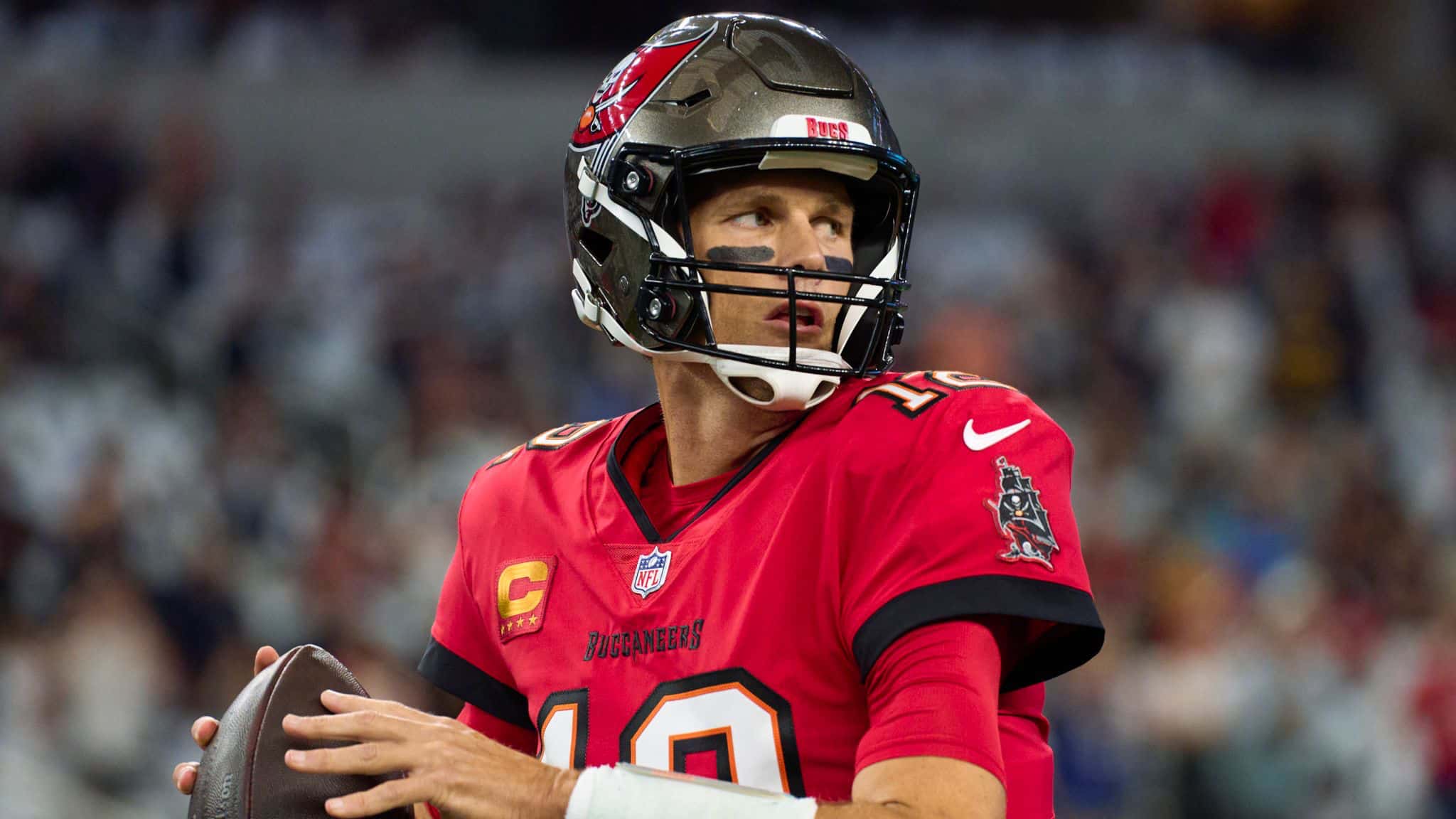