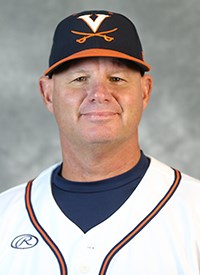 JerryRatcliffe.com is reporting that long-time UVA Baseball pitching coach Karl Kuhn will be named the head coach at Radford on Thursday.

Kuhn has been with O’Connor for the entirety of the head coach’s run at UVA, which includes the 2015 national championship and four trips to the College World Series.

The Radford job came open with the recent resignation of 12-year veteran coach Joe Raccuia, who had posted a record of 352-326-12 in 12 seasons at the school, and guided the Highlanders to NCAA Tournament appearances in 2015 and 2017.

Five of Kuhn’s UVA proteges have gone on to reach the major league level. Michael Schwimer (Philadelphia) and Mike Ballard (Baltimore) each reached the big leagues in 2011. Sean Doolittle made his MLB debut in 2012 with the Oakland Athletics and was named to the MLB All-Star game twice (2014 and 2018). Kyle Crockett ripped through the Cleveland Indians farm system in less than a year, debuting with the Indians in May 2014 and becoming the first player from the 2013 draft class to reach the big leagues. Tyler Wilson made his MLB debut with the Baltimore Orioles in May 2015.