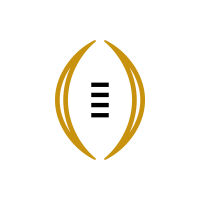 The College Football Playoff Selection Committee met this week in preparation for the upcoming season.

“We’ve enjoyed five years of the College Football Playoff, and the selection committee is looking forward to the start of our sixth season,” said Rob Mullens, Athletics Director at the University of Oregon who will be returning for his second year as committee chair. “It is always good to have the full group together. Our meetings this week were productive and thorough.”

The selection committee reviewed the schedule for its weekly ranking announcements, went over its protocol and finalized its list of members who will be recused from voting or discussions regarding selected teams.

The selection committee will announce its first of six rankings November 5 following the 10th week of the season. The committee members will convene in person on Mondays and Tuesdays, revealing its rankings each week on ESPN’s College Football Playoff: Top 25.

The final selection committee rankings of the 2019 season will be released on Selection Day, Sunday, December 8. The committee will also announce the matchups for the Playoff Semifinals at the PlayStation Fiesta Bowl and Chick-fil-A Peach Bowl, as well as the New Year’s Six bowl pairings.