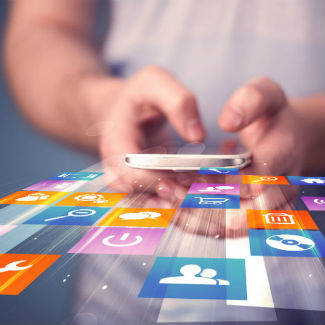 Mobile games have become a rave, the new darlings of the gaming industry. This is evident from the humongous numbers in revenue that the mobile games industry is posting presently. The mobile games industry is reportedly worth an amazing one hundred and fifty-one billion dollars in 2019. This is projected to rise to a staggering one hundred and sixty-five billion dollars in 2020. Another indicator of the massive acceptance of mobile games is the percentage of the overall global gaming revenue it holds. Mobile games account for 51% of the total revenue of the global gaming industry, console games come a distant second at 25%, and PC games are third with 24%. If put up against 2017 figures which show that mobile games held a 46% market share in revenue terms, we see that the trajectory has been upward. The prognosis for the upcoming years is even more encouraging. Even here at AugustaFreePress we have a mobile app that you can download.

2020 is another year and mobile game developers are gearing up to deliver captivating games to continue the market-leading trend. Most of the genre of games mobile games players play will experience a boom in the number of people signing up to play. The key mobile games genre are

Developers are digging deep into their creative arsenal to bring out more engaging games in 2020. Some emerging technological trends will boost the mobile games market in 2020. Some of those trends include cloud gaming, augmented reality gaming, cross-platform play, blockchain, 5G, and competitive multiplayer games. Casino games are also becoming increasingly on mobile. Here you can find updated information about mobile casino 2020 and the games that is offered on these platforms. Some new popular casino games will go into 2020 leveraging those technologies to create a more absorbing user experience.

Marvel’s Avengers would be deploying the cloud gaming architecture of google, Google Stadia, to bring back the heroes of the vastly popular Marvel comic hero series to mobiles in 2020. The action heroes would be outlaws after the death of civilians, and it is up to the gamer to get them back up in the esteem of the public.

League of Legends: Wild Rift will also be coming on devices that run the iOS and Android operating systems in 2020. Riot Games, developers of the franchise have hinted the new version of the game would feature a new map, twin-stick control system, and shorter duels.

Stranger Things is a Netflix-inspired game version of the 80s-themed TV hit show. The game will be available on both iOS and Android-powered handheld devices. Stranger Things will allow users to interact with it and their environment through the deployment of augmented reality.

Rush Wars from the Finnish game studio, Supercell, will be on Android-powered devices. The game boasts of a cast of colorful characters and has provisions for the multiplayer experience. Its gameplay is centered on a base with static defenses, the bases can be upgraded over time using resources pillaged from the bases of other players.

Minecraft Earth is a mobile game that will be available on both Android and iOS devices in 2020 for free play. Microsoft, the developers of the game made it with in-game items that players will have to purchase. The game deploys augmented reality to create an immersive experience for the player. Minecraft Earth will bring back features of the game that fans are already familiar with, one of such are the popular mobs on earlier versions. It, however, comes with the bonus that you can build unique mobs and use them to populate the default builds.

Pokemon Sleep is Nintendo’s new adaptation of its viral Pokemon character. This new variant of the game will take interactive mobile play into the next level. The game will track the sleep pattern of players and wake them up with Pokemon every morning.

Eve is an Android-powered game from the stables of NetEase. The game will retain much of the flavors that made the original game popular while bringing the verve of innovations to spice up the experience. Eve will bring massive interstellar wars and the exploration of an entire universe to the devices of subscribers.