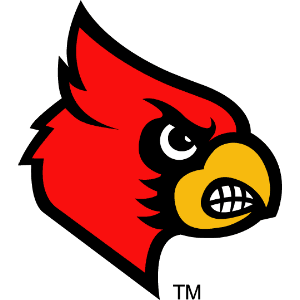 Louisville football coach Bobby Petrino talks with reporters. Louisville (2-0) travels to Charlottesville, Va., on Saturday for a game at UVA (1-1).

Opening Statement: “We are excited about being 2-0. The other night’s game I thought we played well offensively and defensively. It’s been fun to watch our defense play you know when our first defense was in there their playing real fast, their flying to the ball, we’re tackling well so I think they have done a nice job. We will be challenged this week so it will be interesting to see how we do defensively, we will have a more complicated offense to have to deal with and certainly some run game and pass game that will challenge us.

“Offensively we need to continue to get better in throwing the ball. I like the way we are running the football, running with some power, we are running it when you have to run the ball. We are still not as explosive throwing the ball down the field that we need to be and we are going to have to make some plays down the field this week to win the game. Looking forward to seeing how we travel, it will be the first time we get to travel together and make sure it is a business trip, being able to stay focused and then deal with the crowd noise offensively and defensively so it will be a good challenge on the road against a team that I think is playing well and look very, very well coached.”

Why is the offense not as explosive? “We just haven’t been able to complete some of the deep balls that we have called and thrown down the field and we haven’t gotten a lot of yards after the catch you know where a guy catches a six-yard pass, makes two guys miss and go the distance for a touchdown. We just have to continue to work at it, continue to work at running after the catch and continue to work at being accurate and getting open on the deep ball. Now we did get two defensive pass interference calls which is always a good thing but you would rather complete them for touchdowns.”

How difficult it is going on the road for the first time, things you look for: “We worked on it, we took a week in camp and worked on it as if we are on a road game and how we handled it with the crowd and everything like that. We will get back at it again tomorrow so at least it will be familiar with our guys and how we have already covered our bases a little bit but it will still be different. I think it’s just real important that we stay focused as we travel, the Friday is very similar the way it’s been the last two weeks on our meeting times and everything that we do. The better we keep on schedule, the better I think we will travel.”

What Virginia’s defense is doing to be so effective creating turnovers? “The big part of it is the pressure on the quarterback, they really rush the quarterback, the come off the ball hard. They have two really active defensive ends and a couple good guys inside that push the pocket so most of their turnovers have come as a result of pressuring the quarterback and either the quarterback fumbling the ball or having to throw under pressure and have an interception. Like I said they have been impressive on defense , they play very fast, they have a very experienced group. When you watch last year’s games, most of those guys are in the game from a year ago so they’ve played together for some time now.”

Have you put more emphasis on ball security this week? “Not necessarily more emphasis cause we always emphasize it because that is how you win or lose games. We have to take care of the ball and we have to force more turnovers so that is a big part of winning games.”

On using Reggie Bonnafon every game: “I think we have to wait and see how the week goes, Will Gardner is our starting quarterback and we are very, very comfortable with how Will has developed and how better he was in week two than in week one. It was great to get Reggie in there, I was very impressed with the way he played, the way he handled the huddle and everything that he did. This is a Monday, players are off and I am certainly not going to make any decisions today on the playing time. There is no question Will Gardner is our starting quarterback.”

The differences you see in Virginia alternating their quarterbacks against Richmond: “They don’t do a lot of different philosophies when the two of them are in the game, they are going to run their offense, they make it difficult on you with their running game and the read-zone. They both can execute that, I think they feel like both can throw the ball. You see their offensive coordinator has some Mike Martz background in his history so you see some of the utilization of the running backs in the passing game and some of the things they did at the Rams when they were really good. It will challenge our defense to really be on top of formations and motions and what they like to do.”

On Will Gardner’s confidence and whether or not he needs to be reassured: “No, I haven’t seen Will today. Like I said, this is their day off. But we came back in yesterday and watched all the video and went out and ran. Normally we would practice the young guys and run the guys that played in the game, but because they all had so many reps, we just ran as a team. But no, I think Will knows we have a lot of confidence in him. He was playing well, he didn’t want to come out of the game. We felt like we needed to get freshened up for this coming game now. When we played the two games back to back that close together, I made the decision at halftime offensively that our starters were done. Obviously they would have liked to keep playing and the coaches would have liked to see them keep playing. And defensively the decision was they haven’t had as many reps, so we’ll play one series and then take them out of the game.”

On playing a lot of players, including walk-ons: “Yeah I think what I was most happy about is Friday night I talked to our team about, you know, we should win this game. We’re a better football team than they are, we have a lot of guys sitting in this room that contributed to us winning the Miami game by how hard they practiced, by the looks they gave us in practice, that didn’t actually get to play in the game. So what we need to do is go out and take care of our business in the first half, play well, get a lead so we can get everyone in the game and get to play in the stadium.”

On Keith Kelsey: “He’s steady. Everything he does, from when we first got here, he conducts his business the right way on the field, off the field, in the weight room. When they had the three weeks off in May, a lot of players were in here lifting. Every now and then some guys were in here more than others, he was in here just about every day. When I saw him right at the first of June when we hadn’t even started our summer program yet, he had already gained weight, gotten stronger and bigger and looked awesome. He’s just very, very dedicated. He works extremely hard, he’s got great instincts. He’s just going to continue to get better with more experience.”

On what makes a great road team: “I think the poise to be able to play four quarters of football and to be able to focus on the game and focus on one play at a time. I think the biggest thing that we have to do is continue to play with great effort. Even if we make mistakes, and we certainly did in the Miami game, certainly did against Murray State, but if you play with great effort and play hard, you can sometimes make up for those mistakes.”

On cut-blocking: “I haven’t even heard about it. You’re asking me something that I’m not familiar with. Any time you play the option teams, and I don’t know if The Citadel still is the wishbone or the option team, you know that part of their game is to come in and cut-block and block below the waist in the tackle box. I think the rules have continued to change and continue to really try to help define where you can block below the waist and where you can’t. And they continue to work on it. One of the things that we do in practice, and our defense doesn’t like it a lot, but you have days when you have to play the cut-blocks. You have to be able to what we call “low-shed”, get your hands down, get your feet back, play off the block and then make a tackle. In fact, one of our tackling drills every week is a low-shed tackle drill just to be able to protect yourself. Certainly there’s nowhere in football that I believe you should deliberately try to hurt another player.”

The Paramount Theater in Charlottesville will host the “Glory Days Tour 2023: Chapel Hart with Lucas Hoge” performance on Friday, March 3 at 7:30 p.m.