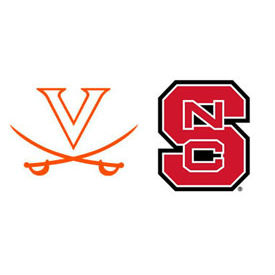 It hasn’t been that long since Virginia coach Tony Bennett and NC State coach Kevin Keatts matched X’s and O’s. It was the NCAA Tournament last March, and Keatts was at UNC Wilmington, where Keatts used a four-guard lineup to give the ‘Hoos fits.

Wilmington led by as many as 15 in the first half, but UVA rallied to lead at the break, then held on after nearly blowing a 10-point second-half lead to win, 76-71.

Keatts played only one player taller than 6’7”, Chuck Ogbodo, in the game, and Ogbodo got just two minutes off the bench for the Seahawks. He went small out of necessity, playing tempo – his team averaged 70.3 possessions per game – and spreading the floor to create dribble-drive lanes for his guards.

Even the 7-footer, Yurtseven, is a danger from the perimeter, connecting on 5-of-6 shots from three-point range in NC State’s 78-77 win over #19 Clemson Thursday night.

As with most coaches whose teams play tempo, Keatts’ Wimington team last year wasn’t able to get Virginia out of its tempo comfort zone in the NCAA Tournament matchup last year.