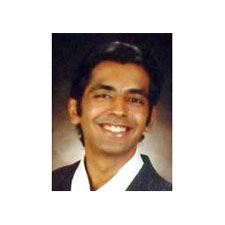 The entire Manila hostage situation of close to 11 hours on Monday, Aug. 23, ended in a great tragedy with eight hostages dead. The greater tragedy was the complete lack of training, equipment and correct manpower to handle the situation.

The situation had 15 hostages in a bus with a furious gunman who had a demand. The negotiator for the situation has no trained experience in negotiating, other than being the vice mayor of the city, allowing the brother to go along and bring the letter while taking his gun away and arresting him only caused further panic for the gunman, and this is not where it ends.

The people sent to take care of the situation did not have any gear, did not cordon off the area, and had no training whatsoever in such a situation. They came in on a corner of the bus, scared of a bullet wound, using a sledgehammer on a window, which poses more risk of killing the hostage inside than saving the hostage. What is worse is the assault took a long one and a half hours, which is despicable in the field of warfare attack.

The moment one decides to storm a bus, it is supposed to be done in an act of shock and awe, to immediately surprise and disarm the gunman before he starts killing more people. A gunman who starts to panic will start to actually kill hostages to make his point and slow down the police in what they have been doing. Overall, it was a tragic mess that puts hostage resolution to shame. This unpreparedness presented to international media questions security as it also highlights that the entire failure and tragedy was done by only one person.

The failure of the police in resolving the situation cleanly will also put a dent on the tourism sector of the country. Hong Kong has already issued travel advisories, and other countries may follow suit. If terrorism was not bad enough in discouraging tourists from visiting, poor security will be.

For the most part, it is a loss because of the negative impression the general country will receive. The Philippines is indeed a beautiful, safe, and friendly country and Manila is seen as a hospitable city as well. It is sincerely hope that foreigners will see beyond the flaws and not keep the negative impression. For this to happen, the country has to commit to showing sincerity in having better security. More money has to be invested in ensuring the police are better trained and better equipped. The lack of training will mean investment on better equipment will be of no use. Both need to go hand in hand.

In time, it is hoped that such situation will never happen again, but in the event it does, may the situation not end with a tragedy.