David Toscano: The calm before the storm? 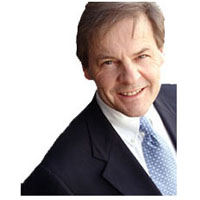 The General Assembly continues to push through a large docket of bills for the 46-day session. Our days are long now, often beginning at 7:00 a.m. and ending at 10:00 p.m. Much of the controversy over the last week has focused on a number of proposed constitutional amendments. For a constitutional amendment to take effect in Virginia, it has to be passed by two consecutive legislative sessions and then placed on the ballot for voter approval. To date, we have considered the following: the Right-to-Work Amendment, the Transportation “Lock Box” Amendment, an amendment on Condemnation and Eminent Domain, and the so-called “Repeal Amendment.” And more are coming.

I have opposed most of these for various reasons. The right-to-work principle has been enshrined in the Code of Virginia since 1950 and it has never seriously been challenged for 60 years, either by the legislature or the Supreme Court of Virginia. I spoke on the House floor against this amendment, citing James Madison, who wrote in Federalist # 49 that Constitutions should only be amended for “great and extraordinary occasions.” There is no threat to right-to-work in Virginia and therefore no need to pass the amendment. Despite our arguments, this resolution passed the House by a large majority. It will likely die in the Senate.

I took the same position on the so-called Repeal Amendment.This proposal would allow two-thirds of state legislatures to overturn “any provision of law or regulation” passed by Congress or issued by the federal government. This may make good politics for some, but it would turn the Constitution on its head. If passed, legislators would have to be familiar with federal legislation, and would be required to take positions on a wide variety of issues, including thousands of regulations that are promulgated to implement federal law each year.We could potentially be voting on international treaties that had been approved by the U.S. Senate.Legislatures would likely have to remain in session full time to address these issues, at considerable cost to the taxpayer.Beyond that, the Commonwealth of Virginia could be disadvantaged because it would be possible for the smaller states to join together to overturn Federal laws that might benefit our state.For example, if the Congress decided to locate a major military facility in the Commonwealth, and two thirds of the states did not like this decision, they could band together to stop it.Even if you believe that the Federal government has overstepped its bounds and has grown too large, this amendment is not the solution.

In other news, my budget transparency bill, which would have given citizens and legislators greater opportunity to review changes in the budget that were made at the last minute, was tabled by the House Appropriations Committee.I continue to believe that, independent of your political perspective, transparency is the best approach for governmental decision making, and the budget is one of the places where we need more transparency.There is an increasing tendency for power to be concentrated in the Appropriations and Finance Committees. It is not infrequent for bills that were rejected by one or both houses find their way into the budget bill and become the law of the Commonwealth.In addition, powerful individual legislators can insert their “earmarks” into the final budget bill at the last minute, which are then are passed without much time for scrutiny. This is not a way to run a democratic legislature.

Many of my bills remain alive in the process. One would make a major change in Virginia law to protect victims of dating violence. I proposed this bill on behalf of the Virginia Sexual and Domestic Violence Action Alliance and strongly believe, particularly in the wake of Yeardley Love’s death last year, that our protective order statute needs to be strengthened and we need to do a much better job in protecting victims of dating violence. Another bill would allow the City of Charlottesville to require property owners and developers to post “public infrastructure maintenance bonds” to ensure that streets and sidewalks are repaired after construction occurs, thereby saving taxpayer money. This will likely pass this week. My bill to establish solar energy pilot projects that will test ways to allow consumers more options to use solar energy on their property and sell excess energy back onto the grid will likely reach the House floor this week. This bill emerged from a proposal I made last year and represents a cooperative effort between Dominion Power and Piedmont Environmental Council, two groups who frequently disagree.

David Toscano is a member of the Virginia House of Delegates.