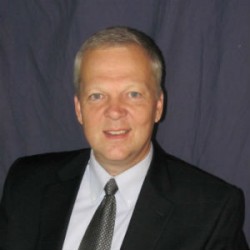 “Voters know that we need real, drastic change in the direction of our Commonwealth. Liberal, intrusive, big government policies are contrary to our founding principles of life, liberty, and the pursuit of happiness. One of my goals as a senator is to cut overreaching government regulations and taxes that are increasingly breaking the backs of our fellow Virginians, Moxley continued.

The retirement of the three most liberal republicans in the Virginia Senate this year, following the ouster of House Majority Leader Eric Cantor last year, would reflect one of the biggest changes in direction of Virginia politics in recent history, as well as a rise in the power of the grassroots to dictate the direction of the Republican Party from the ground up.

Dan Moxley is an entrepreneur and small business-owner. He holds an undergraduate degree in Electrical Engineering, and a graduate degree in Religion. Studies in history, languages, and debate spurred Dan’s interest in Constitutional principles and limited government, and incited a desire for principled statesmen to restore them. Dan married his wife Jan in 1987, and they have 7 children. Dan’s website can be found at www.DanMoxley.com.