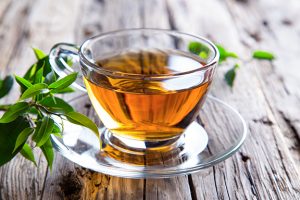 As the title says, Cha Temple Herbal Teas has just launched with oolong, chaga, burdock, and thyme tea as well as Turmeric ginger teas in a whole new way to look at tea. Their motto is that Tea is a Lifestyle, and they’re right. Ask anyone who knows much about eastern Asian culture, and they’ll tell you that the most famous martial arts masters have even stated that Tea is a mood. They often used tea as a way to offer friendly gestures to even their toughest competitors throughout history, and to have conversations with their grandmasters and close friends. The English also practiced this and commonly have their famous “Earl Grey” tea for conversational purposes as well.

For more information, please visit their website at https://chatempleteas.com/.

Oolong tea is half-fermented tea leaves which are a mix between green tea and black tea. They’re often about the same dosage as a cup of coffee according to sites like WebMD, but this all varies on the actual source of the tea, as well as how much the tea has been fermented. There are medicinal and energizing effects with this tea, as it’s a little stronger, and is very popular overseas.

Chaga teas are derived from the chaga mushroom, which they get their name from. Their flavor has almost an oaky taste, and there are a ton of health benefits from drinking this tea. On a special note though, if you’re taking a blood thinner, or blood pressure medicines, as well as if you’re nursing or pregnant, then Chaga is not for you, and can cause possible health issues.

Burdock Tea is a tea made from the root of a burdock tea. It’s been holistically used in Chinese medicine as a way to heal a damaged liver, treat or prevent cancer, and can even lower your blood pressure. Burdock plants are in a similar family with daisies and sunflowers, and it is known to create what we call in the U.S. “cockleburs”. Well, in China and overseas, they’ve learned the medicinal properties of it over the centuries and have been using it for common medicine and health benefits ever since.

Yes, the pun was intended. Thyme is actually a common ingredient in many herbal teas and has some of the highest level of antioxidants as compared to many herbs like it. It aids in healing sore throats, coughs, arthritis, upset stomach and gastritis, diarrhea, bedwetting, parasitic worm infections, skin disorders, and even dyspraxia (a form of what some people call “clumsiness” but is actually a movement disorder found in children).

The wonderful world of teas

All of the above teas are wonderful when it comes to their healing properties and are meant to be had preferably as warm teas. The only tea you have to worry about having any caffeine is the Oolong, but other than that, there is no reason to fear anything, as they have so many health benefits, and can help you even relax at night (minus the Oolong, unless you have a halfway decent caffeine tolerance). If you purchase these teas anywhere, you may want to check out the Cha Temple website in order to find out if they have a tea that’s right for you. They use only the finest ingredients in their products and are known to be very soothing and satisfying.