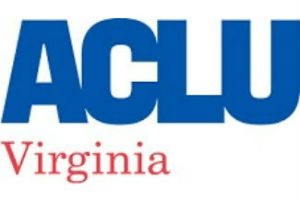 A settlement in a lawsuit will allow a Tarot card reader operate under a business license in the Town of Richlands.

A federal judge in the U.S. District Court for the Western District of Virginia approved the settlement last week, in which the town agreed not to discriminate against Tarot readers like Mark Mullins, owner of Mountain Magic and Tarot Reading.

The town had repeatedly denied Mullins a business license and zoning permit in 2017 and 2018 and declined to amend the town’s zoning ordinance to allow Tarot shops.

The result was an effective ban on the operation of Tarot shops or fortune tellers in Richlands.

“The settlement is a win for Mark Mullins and the First Amendment,” said Vishal Agraharkar, a senior staff attorney with ACLU-VA, which brought suit against the Town of Richland on Mullins’s behalf.

“Freedom of speech and religion apply to everyone, not just those with favored views or adherents of mainstream religions.”

The ACLU-VA filed the lawsuit in 2018, alleging the town had engaged in content- and viewpoint-based discrimination in violation of the First Amendment of the U.S. Constitution; that its licensing scheme provided town officials with such unbridled discretion that it amounted to an unconstitutional prior restraint on Mullins’ speech; that it violated his right to free exercise of religion and right not to be discriminated against on the basis of his religion; and his right to equal protection under the law.

Under the settlement agreement, officials agreed to amend the town zoning ordinance to allow for Tarot reading and similar practices on equal terms as other types of businesses. The town granted Mullins a license and zoning permit that allow him to read Tarot as part of his business and agreed not to place any additional restrictions on his ability to advertise his services.

Mullins also received a monetary settlement as part of the lawsuit.

A federal court will retain jurisdiction to enforce the agreement in the event the town doesn’t keep its promises.

“Localities may not ban speech or religious practices that their officials or town residents find unconventional or unsavory, nor can they impose onerous land use restrictions that prevent businesses or religious institutions that engage in such speech a reasonable opportunity to open and operate,” Agraharkar said.