When the fun stops, stop campaign: Everything about it 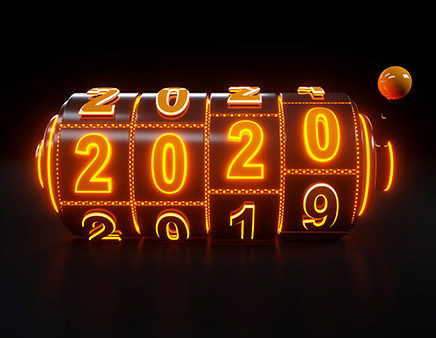 As a gambler you know that when money is on the line, emotions erupt. When you’re on the winning side of the odds you feel like having a fist pump with God. But if you fail on the other side, that initial excitement turns to fear, anger, and as money leaves our pockets and losses become unreachable guilt and regret is all we have left.

In an industry where revenues are expected to be made at the expense of someone else’s losses ,concern about problem gambling and responsible betting is a priority. Families, regulators and the government are demanding actions from operators to confront the issue.

When the Fun Stops is more than just an advertising campaign to comply with demands is an effort from the gambling industry to incentivize responsible gambling standards for UKGC and non-UKGC brands to show players how to identify those moments when we get too emotional and start to make irrational gambling decisions.

Since 2009 the gambling industry has experienced a continuous growth that has provided an explosive increase in revenue year after year.  The advent of online gambling, the ongoing presence of fixed odds betting terminals (FOBT) in every betting shop, along with  aggressive advertisement are the reasons that at least 32% of the UK population are active gamblers and 0,7% of them have been considered severe problem gamblers.

The gambling industry has itself expressed concern about problem gambling. Leading figures have acknowledged the need to find a “balance between an individual’s freedom to bet and the responsibility to protect (people) as far as possible”

In 2014 UK’s biggest bookmakers William Hill, Paddy Power, Ladbrokes and Coral created the Senet Group to promote responsible gambling standards for any online casino that doesn’t require documents as a response to the public backlash that resulted in the tobacco industry advertising ban in the 2000’s.

But instead of denying the obvious with continuous studies showing how advertising promotes gambling by normalizing it among the youth and increasing reports of problem gambling figures, they tackle the situation with something they consider more powerful than your typical warning label.

A Message for Self-Aware

You can tell people their wrong doings as many times you want and having as result being completely ignored, Is a fact, nobody wants a nagging nanny over you screaming “don’t gamble your family’s last supper you bloody…” and the impulse of making a bet will continue.

So how gamblers are approached to pick up the message? By going through their emotions instead of their behaviour.

Being responsible involves taking precautions over any given matter, When the fun stops, stop is not just a catch up phrase, is a whole concept that encourages self-reflection on gamblers over negative emotions at the moment of placing a bet.

By using an everyday language in a brief manner, people can understand that gambling is a fun activity that demands awareness. The yellow color, is recognized as a sign of caution reinforces the message and allows people to use their own judgment without feeling an hypocrite when making a flutter.

Gambling detractors and advocates demand a silver bullet for the problem gambling issue. Instead of chasing losses, they should focus on the long-term results. Something that the campaign has been able to susaibably provide since its launch. a consumer insight case study provided by the Senet Group gives the following figures:

Despite the positive figures provided by the Senet Group, a study conducted by Warwick university suggested the contrary. The study pointed that 41.3% of the participants  in the warning condition gambleled more than the 37.8% of trials in the control condition, a negative effect of 3.5%

On the other hand the study acknowledges:

Although results are polarized results the campaign has made its way through popular culture being part of headlines and social media using the slogan to address subjects outside the betting frame but still keeping the essence of the message: when the purpose is lost, stop.

Since its launch there has been an open debate about the campaign’s true purpose, mostly because it was created by the most prominent figures of the industry.

The main argument is that the slogan When the Fun Stops is a thin effort that encourages gambling instead of warning about it.

Considering that the purpose of the campaign  to promote responsible gambling among user and the practice being supervised under one of the most striking gambling legislation in the world there is no margin for second intentions as the UK Gambling Commission has no regards in suspending the licenses of anyone who is not compelling with their directions.

Despite all the results obtained by the Senet Group since April 8th 2020 all their responsibilities had been transferred to the Betting and Gambling Council but the campaign still continues operations addressing the importance  of gambling awareness.

it is impossible to prevent people from falling with problem gambling. Is the same issue with every other pleasant activity that once you have too much of if having too much of them might harm you as well.

Gambling is an inherent part of the UK culture and the best way to reduce problem gambling to a minimum is through permanent education of the people along with a more strict  advice control policy. Something that is occurring with the current coronavirus pandemic menacing the most vulnerable groups, such as children, and former compulsive gamblers.

Prevention, like all, must be part of any activity. As gambling is no exception to the rule here are some recommendations you can implement.

Author: William Terry is a professional lawyer in the field of iGaming. He started his career along with the Gambling Act 2014. Nowadays, William writes about law aspects and flaws in the UKGC systems, especially the Gamstop one.