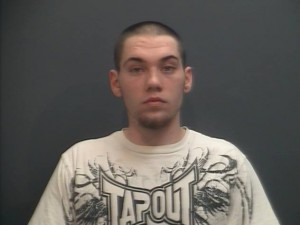 On April 25 at approximately 5 p.m., officers found James Lee Huffman, 19, in the parking lot North Park.  Huffman had been wanted by the Augusta County Sheriff’s Office on a capias from August County General District Court.  After taking him into custody, officers found smoking devices and a 22-caliber revolver in Huffman’s possession.