It really isn’t breaking news that cigarettes are addictive and harmful to your body, but smokers still keep right on smoking. Trying to quit smoking will without a doubt be one of the greatest challenges that you face in your life and you will probably have some setbacks along the way.

How much does smoking cost you over a lifetime? It’s likely you wouldn’t guess more than $1 million. But it’s actually well over a million, according to a new study by WalletHub.

Virginia tobacco farmers have lived through enormous marketing changes in the past 30 years, and more change is coming. About the only constant has been that tobacco is still an extremely valuable crop that’s worth the time and effort to grow.

The Virginia Department of Health is launching its Countdown to Quit Day, October 20, to help tobacco users prepare for Virginia Quit Day, November 20.

Affirm the freedom to read during Banned Books Week

Banned Books Week, Sept, 21-27, reminds Americans about the importance of preventing censorship and ensuring everyone’s freedom to read any book they choose.

The University of Virginia Health System has earned a national award from the American College of Cardiology for enhancing care for heart attack patients.

The old saying “barking up the wrong tree’’ does not apply to Travis and Joyce Miller. The retired couple is enjoying the sweet taste of success with their Falling Bark Farm hickory syrup.

A recently released report (“Men’s Health: What You Don’t Know Might Hurt You”) by the non-profit Environmental Working Group (EWG) concludes that environmental exposures may have major negative impacts on men’s health as well, and outlines ways that guys can avoid some of the major risks.

The Virginia Foundation for Healthy Youth (VFHY) and the Virginia Department of Health (VDH) announced Friday that youth smoking rates in Virginia have plummeted to an all-time low.

The Waynesboro Police Department arrested two local men yesterday after officers with the Special Operations Division interrupted their drug deal as the officers were attempting to serve a search warrant at the same location. 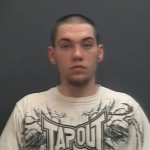 The Waynesboro Police Department has arrested three local men over the weekend, and is currently seeking a fourth man, all believed to be members or associates of the notorious Hispanic gang Sureno 13. 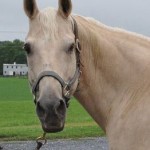 Ride With Pride will be hosting a 50/50 bingo at the Verona Moose Lodge on Saturday Nov. 9, from 2-5 p.m. There will be door prizes awarded throughout the afternoon. Ride With Pride is located in Staunton and offers therapeutic horsemanship programs for children and adults with special needs.

Virginia Secretary of Health and Human Resources Dr. Bill Hazel and the Virginia Foundation for Healthy Youth (VFHY) announced Thursday that youth smoking rates in Virginia have plummeted to the lowest point in a decade.

An Open Letter To Tobacco Companies

Column by Haresh Daswani Submit guest columns: freepress2@ntelos.net To my suppliers of tobacco: I wish to complain the lack of support tobacco companies have to their clients. We smokers have to endure the hardship of understanding the health risk involved in smoking, the social alienation by society, the discrimination on places we can consume […]

“Thank you for not breathing while I smoke,” read a ceramic plaque that hung conspicuously on a childhood friend’s kitchen wall. Even to this day, I can’t help but chuckle when I close my eyes and see this quip, not so much because of what it says, but because of who posted her message for […]