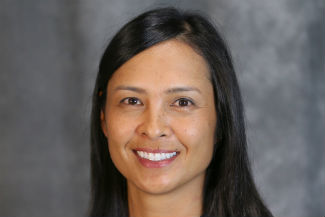 UVA women’s golf coach Ria Quiazon Scott has been named one of two head coaches for the International team for the 2020 Arnold Palmer Cup.

Scott, a native of the Philippines, was one of two International assistant coaches for the 2019 competition which the International squad won.

The 2020 Arnold Palmer Cup will take place July 3-5 at Lahinch Golf Club in the town of Lahinch on the northwest coast of County Clare in northern Munster. Alan Murray, the head men’s coach at Washington and a native of Ireland, is the other head coach for the International squad. Alan Bratton of Oklahoma State and Dan Brooks of Duke will lead the United States team.

Scott is entering her second season at Virginia after heading up the program at Oregon for nine years. Last season, she led the Cavaliers to a 14th-place finish at the NCAA Championships and saw senior Anna Redding earn All-America honors.

“It is an honor to represent college golf’s International team in the Arnold Palmer Cup,” Scott said. “Arnold Palmer’s reach and influence most certainly helped grow the collegiate game at the international level and I am excited to be part of an event that honors him and showcases such high-level golf.

“This is the only competition of its kind that mixes collegiate men and women in a Ryder Cup format. It is one of college golf’s highest honors to be selected as a player and as a coach. I am grateful for the opportunity and excited to coach alongside Alan Murray. He has great knowledge of the course and will be a tremendous asset for our team.”

The Arnold Palmer Cup was co-founded in 1997 by Arnold Palmer and The Golf Coaches Association of America (GCAA), with the inaugural event held at the Bay Hill Club & Lodge in Orlando. The event is a Ryder Cup-style tournament that pits the top university/college golfers from the United States against an International Team. Co-ed since 2018, it is one of the amateur game’s premiere events and its only major tournament that features men and women playing side-by-side as partners.

“We’re thrilled with the coaches selected for the 2020 Arnold Palmer Cup,” said Jon Podany, CEO of Arnold Palmer Enterprises and President of the Arnold & Winnie Palmer Foundation. “Each of these coaches has an incredible record of preparing college-aged men and women for the top ranks of golf and for life; and they’re sure to inspire their teams during one of the amateur game’s premiere events. With their leadership, a top field of competitors, and the beautiful course at Lahinch Golf Club, it’s going to be an incredible competition.”

Since its inception, over 125 former Arnold Palmer Cup alumni have gone on to earn cards on either the PGA Tour, European Tour or LPGA, 28 have represented Europe or the USA in the Ryder Cup or Presidents Cup, and more than 60 have claimed over 230 victories on the PGA or European Tours. The United States leads the series 12-10-1.

The Arnold Palmer Cup is supported by the Arnold & Winnie Palmer Foundation, with the tournament providing a platform for perpetuating Arnold Palmer’s commitment to youth development and to the growth of amateur/collegiate golf.