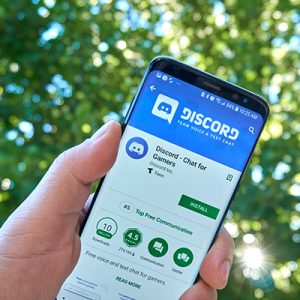 So, like everyone else, you’ve also being caught in the buzz of the Discord world – if you haven’t, please check this out – and now you feel as though it might be a nice idea for you, as a tech guru, to join the train and create an app like Discord. Well, if you feel this way, you’re absolutely on track with the current trend in the social media world.

Since its inception, as an upgrade to every VoIP program in the market, Discord has attracted millions of gamers, social media freaks, and even the anti-socials. Thanks to its excellent mix of “social engagement and interaction” with “fun and excitements,” Discord has earned such a huge reputation as one of the household names in the digital world. Fundamentally, as a VoIP program, Discord was designed to allow gamers from every corner of the world to communicate and chat while enjoying their gaming experience. But that’s not even all; with Discord, users (not just gamers) can voice-chat or text-chat with friends or other gaming partners in real-time, whether via private servers, group discussions, or even through direct messages. Although it boasts similar features to several chat platforms like Skype and Facebook Messenger, its Slack-like interface, coupled with its rich-text support, is what set Discord apart from its competitions. So, with so many intriguing features like these, it’s not surprising to see many tech moguls trying to replicate the success of Discord in their respective social app development projects.

So if you’re looking to create a social app that attracts the same buzz, popularity, and acceptance like Discord, then you should prepare your app development team to find a way to incorporate some, if not all, of these mind-blowing features of Discord.

In this day and age, if you’re creating an app with an eye on replicating the success of Discord, then you need to be ready to do exactly what Discord did – which is creating a perfect match between entertainment and communication. Although the goal initially was to enhance the communication between gamers, Discord evolved into something a little bit more in terms of its additional features. My point being? Discord offered more than what you get from a regular Skype or Facebook chat. So, for an app developer looking to create something as captivating as this, your target should be to create something that ticks several boxes. For instance, in Discord, gamers are allowed to create or join a server, which is just like a community of like-minded gamers. Within a server, members are allowed to gist, chat, and follow common interests. For example, a public server of “counter – strike” attracts people interested in playing Counter-Strike. Additionally, users are also permitted to create their own servers, in case they wish to have their own private communities wherein they can invite friends. In a similar vein, you can also get invited to other servers. Furthermore, if you have permission, you can even add text or voice channels. A channel in Discord is like a “group of gamers” to talk about a single topic. For example, a text channel tagged “CS Cheats” is best for reading or sharing Counter-Strike cheat codes.

This feature is simply the secret of Discord! Unlike other social platforms, Discord has a modern interface that lets you switch between channels, add mentions and hashtags, upload game screenshots, and even embed all media types directly in the chats, including the popular GIFs. You can even include emoticons as well. This is simply a modern app design, as most old-school apps don’t boast these collections of features. Little wonder why people run to Instagram whenever they want to create hashtags and mentions, but move back to Facebook when they feel like expressing their emotions fully with emoticons. Discord, on the other hand, combines all with its beautiful interface and design, while also eliminating the ever-annoying ads. Yes, Discord is totally ad-free. So, if you’re looking to create something close to Discord, then this level of app interface and user experience should be your benchmark.

What is the point in creating an app if everyone cannot access it? This is a point well understood by Discord, and as such, they’ve created an app capable of running on virtually every operating system out there. From Windows to macOS, iOS to Linux, and even Android operating systems, Discord runs perfectly well on all, while also making the least impact on your CPU. The point here is that you should be looking to create an app that is friendly to most OS out there.

In an age where cyber-threats and cyber-scams are the order of the day, the last thing users want to experience on any social app is a breach of their privacy. Discord uses a client-server architecture for all voice and text communication; your IP is kept securely locked down and out of sight from all the bad guys online. Furthermore, all images and links previews users post are proxied through the Discord system, which means that users’ IP addresses are double safe.

Uday Tank has been working with writing challenged clients for several years. His educational background in family science and journalism has given him a broad base from which to approach many topics. He especially enjoys writing content after researching and analyzing different resources whether they are books, articles or online stuff. You can check out their website at RankWisely.com.