The coming impact of 5G

The fifth generation of cellular network technology is coming, with cities around the world scheduled to roll it out by 2020. In ideal conditions, users can enjoy up to a 1000% improvement on their connections and it’s relevant functions. It promises greater speeds and more reliability and consistency, with the massive impact to cellular and networking technologies such a radical shift brings. 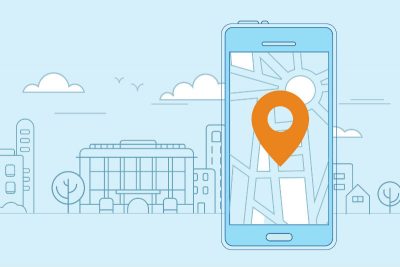 Once everything has been fully upgraded to the new standard, the so-called Internet of Things will finally begin achieving its potential. However, that’s a crucial thing, the upgrading. Not all the hardware involved is ready for such a massive evolution of the system. The change isn’t going to happen all at once, and that gives people time to update everything from their Scondar connectors to wireless devices.

The Need for Upgrades

Any existing network will need updating. In some areas, such as developing countries, the network might need to be completely new. Devices that will need to update as LTE, 4G, and 3G are phased out include mobile phones to certain receivers in cars to smart appliances. These will all need new models that have 5G-ready parts like sensors, fiber optics, and antennae.

In some cases, products need to be designed specifically for the new 5G age. There are businesses and experts that think 5G can become a key change in the game, because of the data being processed and the increased pressure this places on all relevant equipment. Things like latency, machine to machine transfers, power consumption, and more are going to need addressing.

Some technologies are ready for 5G, of course. Long-term evolution networks are going to be mostly ready for the new standards. While they may not be able to handle things at the top speed, LTE should be able to tackle the network with enough time for new hardware to phase out the old. Various robust connectors and equipment are ready, even if some network hardware in use today might not be optimal choices.

5G designs are going to need support for sub-6GHZ frequency bands, and that’s a tall order for some existing technologies. This means that the future is going be reliant on optical fiber networks.

Fiber optic cables are going to become the core networking foundation once 5G rolls around, as traditional ethernet copper cables just don’t have the capacity needed. Already, companies are breaking out more efficient fiber cables that can both withstand harsh environments and deliver maximum data rates.

The Impact on Consumers

Apart from what, just what sort of impact will 5G have on the average consumer and the technology they use?

5G means faster phone-related services. Download speeds will be faster than they have ever been, reaching maximum downloads only dreamt of by the generation that only had dial-up. Latency in most conditions will be notable only for specialized purposes, making it the standard for competitive gaming or any augmented reality functions. This allows for some very complex networking endeavors, with up to a hundred devices at once linked to a single network point.

Once the mobile infrastructure is upgraded and updated, you get the potential for intelligent cities to emerge. Energy grids, government offices, vehicles, buildings, and more can end up interconnected. This allows for unprecedented levels of connectivity and automation. The increasing combination of communications and industry is going to change how cities, factories, and businesses operate.

There are those who think that 5G will be the “post-smartphone era.” Experts believe that as technology becomes more wearable, 5G is going to make it so that the smartphone is more of a starting point than the central point of the technology. Phones will be the vanguard of the 5G changes, but they aren’t going to be the devices that get the most impact if the trend towards wearable tech continues.

The increase in speed means that the cloud is going to be much more impactful. The need to keep your information consistent across all your devices combined with the speed of 5G will result in that being possible. Along the way, edge computing (where a single function is divided between multiple networked computers to decrease the processor load) is going to become important as well, as 5G will provide the necessary infrastructure.

Another obvious impact is that older technologies are going to fall by the wayside. 3G is already being phased out, but 4G is still in use. It will take time for these networks to be phased out, especially in parts of the world where the infrastructure isn’t as sound.

The change is going to be much slower in the rural parts of industrialized countries, along with regions where the technology simply isn’t updated enough for just an upgrade. A new installation is going to be required.

The rise of 5G technology has the potential to change the world. The impact that this new level of tech will have on our devices, our network speeds, and even our industries are going to be massive once it is fully realized. The changes will come gradually, but at least some parts of the world are already feeling the impact.