Legacy of racial harmony and integration at Park School

Harrisonburg’s effort to welcome refugees helped create conditions for it to become one of the fastest-growing cities in Virginia.

The City of Harrisonburg is home to a unique blend of locally-owned restaurants, craft breweries, grocers, bakeries and cafes.

The Court Square Theater Music Series, organized by Arts Council of the Valley, continues on Wednesday, Feb. 1 with a concert by Hiss Golden Messenger.

OASIS events on schedule for January 2017

On First Friday, January 6th, OASIS will host a reception for a new show titled “Fur the Love of Art” to benefit Cat’s Cradle.

Tribute to Hank William is coming to Court Square Theater in Harrisonburg on Wednesday, Dec. 28.

Harrisonburg Downtown Renaissance is rallying the community to support their favorite local, independent businesses in downtown Harrisonburg this Saturday.

Coming to the Table condemns recent racist incidents in Harrisonburg

This past June, Coming to the Table held its 10th Anniversary National Gathering at Eastern Mennonite University in Harrisonburg.

Shentel has been chosen to provide dark fiber connections between all municipal buildings in the City of Harrisonburg.

T&E Meats will expand its meat processing facility in the City of Harrisonburg, creating seven new jobs and investing more than $600,000. 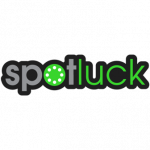 Spotluck is expanding to The Friendly City with the help of Harrisonburg Tourism and Harrisonburg Downtown Renaissance. 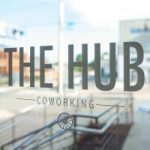 EMU alum Kirsten Moore creates a winner in The Hub

Waynesboro Police have launched a homicide investigation in the death of a 17-year-old Harrisonburg male found dead this morning on grounds at Kate Collins Middle School.

Bike Virginia 2016 will visit the communities of Woodstock and Harrisonburg June 24-29.

The Wild Geese Baroque Ensemble will perform a concert entitled “The Wild Geese Fly Away,” on April 7th at 4 pm at Asbury United Methodist Church in Harrisonburg.