People in positions of power and crime

Society has long been concerned with safety and security. A community that is safe is perceived to be more productive and profitable than one that is not. Unsafe communities lead to individuals feeling unsafe and stifled in terms of their ability to be productive and contributing members of society.

The process after you get charged with a crime

Most frequently people do not understand the whole process that happens after one gets charged with any kind of crime.

The racist and politically motivated origins of the War on Drugs

The Nixon Administration started the War on Drugs as an attack on black Americans and anti-war protesters.

The Chief Medical Examiner unveiled the facial approximations of eight individuals found dead in Central Virginia, but who have not yet been identified.

Virginia’s official and only comprehensive report on local and statewide crime figures for 2014 is now available online at the Virginia State Police website at www.vsp.virginia.gov, under “Forms & Publications.”

The Waynesboro Police Department has arrested a Waynesboro man after he beat and robbed his girlfriend last Tuesday night.

The Waynesboro Police Department arrested a Waynesboro man on several charges after a weekend assault on his girlfriend. Officers charged Steven Joseph Faulkner, 28 years old, after he viciously attacked the 24-year-old victim in the home that they share.

The Waynesboro Police Department has charged a Stuarts Draft man for a brutal assault on his ex-girlfriend that occurred last Thursday. Justin Brian Balser, 33 years old, faces one felony count of malicious wounding after an argument between the two of them got violent as they sat in her vehicle on the Kroger parking lot, 245 Arch Avenue.

Those selective leaks making their way to the news media on the Baltimore police investigation into the April death of Freddie Gray that led to charges for six officers involved in his arrest and detention sure are convenient.

Today, the Senate Courts of Justice Committee will discuss SB 799 a bill that Senator Barbara Favola (D-Arlington) introduced to address the perpetration of hate crimes against LGBT individuals.

U.S. Senators Mark Warner and Tim Kaine are now accepting applications for the position of U.S. Attorney for the Western District of Virginia to fill the seat left vacant by Timothy Heaphy, who left office in December after five years of distinguished service.

Inside the Newsroom: Rolling Stone backs off, New York stands up

Augusta Free Press editors Crystal Graham and Chris Graham dive into two major news stories in this edition of Inside the Newsroom.

Tim Kaine: Progress against sexual assaults in the military, but work still to be done

Senator Tim Kaine, a member of the Senate Armed Services Committee and Subcommittee on Personnel, noted the important steps that have been taken towards eliminating sexual assault within the military.

At the surface, the tensions over the failure of grand juries in Missouri and New York to indict cops who killed unarmed suspects in a pair of recent petty-crime cases have been directed at police.

U.S. Senator Tim Kaine released the following statement on the decision by Timothy Heaphy, United States Attorney for the Western District of Virginia, to step down.

The ACLU of Virginia released a letter it sent to members of the Virginia State Crime Commission recommending against any legislation to criminalize teenage sexting.

University of Virginia Rector George Keith Martin on Thursday issued the following statement regarding the recent story on sexual assaults at UVA.

Virginia is the only state in the nation that lacks a law against human trafficking for sexual exploitation, a crime that impacts an estimated 100,000 U.S. children each year. 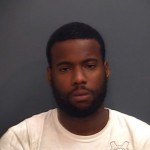 The Waynesboro Police Department has charged a New York City man with several felonies after a month long investigation of credit card fraud that was sparked by an incident last month.

Attorney General Mark Herring sent a letter to the leadership of the Senate Judiciary Committee and a House Judiciary Subcommittee expressing support for the Amy and Vicky Child Pornography Victim Restitution Improvement Act of 2014.

In observance of Domestic Violence Awareness Month, the Virginia Center for Policing Innovation (VCPI) reminds the citizens of the Commonwealth of an important tool called the Victim Information & Notification Everyday (VINE®) Program. 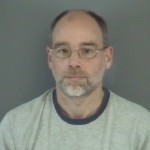 The Waynesboro Police Department has charged a Staunton man who is already facing over 30 sex crime related charges in Staunton and Augusta County with two additional felony sexual assault charges.

The Waynesboro Police Department has arrested several members of the same family after they were involved in a slew of thefts in the city recently.

Marcus Williams, the enforcer for the “36 Street Bang Squad Bloods” was convicted Thursday for his role in the 2008 murder of two Newport News teens.

National survey shows youth drug use down 24% over past decade

The Obama administration released new health survey data showing a significant decline in drug use among our nation’s young people.