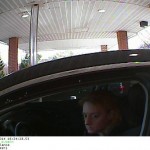 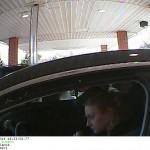 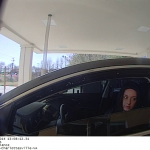 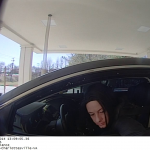 The Waynesboro Police Department is part of a multi-jurisdictional investigation into a sophisticated check forging operation involving numerous victims who had checkbooks stolen from their vehicles during smash and grab attacks.

In early March, assailants broke into vehicles in Chesterfield County and in Waynesboro and made off with purses that included checkbooks. The Waynesboro thefts took place at Constitution Park and the YMCA.  Police believe that the female victims who were targeted were observed by the offenders leaving their vehicles without their purses.

Checks that were stolen were then forged and cashed by a female suspect in several locations throughout the state that include Waynesboro, Charlottesville, Chester, Fredericksburg, Prince William County, Stafford County and Chesterfield County.  Images of her passing the forged checks have been captured by surveillance cameras at some of the banks where the checks were passed including the DuPont Community Credit Union on Lucy Lane.  The suspect is a white female, approximately 25-35 years old, with strawberry blonde hair and a noticeable dimple in her chin.  In some of the surveillance images, the suspect is wearing a black wig. The suspect drives 2010 – 2013 dark colored Buick Lacrosse with stolen Virginia tags #1552PS.

Police believe the suspect has been able to collect approximately $10,000 from passing the forged checks statewide.

The thefts serve as a reminder to citizens to remove valuables from vehicles when they are left unattended.  While the locking of vehicle doors would not likely have prevented these thefts, the police department still recommends citizens do so whenever a vehicle is not in use.