Shenandoah University has six home games on its 2018 slate. The Hornets have the extra home game this coming fall due to the addition of Ferrum College to the ODAC slate. This is the third time in program history, after 2001 and 2004, that SU has hosted six games in a season. 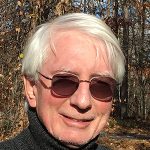 Annie Woodford is the winner of this year’s $500 Graybeal-Gowen Poetry Prize for Virginia Writers from Shenandoah.

Shenandoah has announced its annual prize winners for 2017. The Volume 65 winner of the $1000 James Boatwright Poetry Prize is Thomas Reiter.

R.T. Smith, Shenandoah editor and Washington and Lee University writer in residence, has published his sixth collection of stories.

Shenandoah: The Washington and Lee University Review seeks submissions from Virginia poets for the 2017 Graybeal-Gowen Prize.

Shenandoah VFW Post 8613 presented checks totaling $750 to the Shenandoah Police Department in support of their effort to obtain a new K-9 officer.

Shenandoah: the Washington and Lee University Literary Review has announced its annual prize winners for 2016.

Jess Quinlan of Staunton is the winner of the annual Graybeal-Gowen Prize for Virginia Poets offered by Shenandoah: The Washington and Lee University Review.

Shenandoah: The Washington and Lee University Review is looking for Virginia poets to submit their work for the 2016 Graybeal-Gowen Prize.

Good teams find ways to win. And on a night when two of EMU’s top three scorers had off nights, the Royals found a way to win.

Maleke Jones came up big when he needed to, sinking the game-winning free throw with just two seconds remaining in an EMU 74-73 road win at Shenandoah.

Bridgewater’s Kevin Saylor knocked down a 3-pointer at the buzzer Wednesday night to lift the Eagles to a 58-55 ODAC victory over Shenandoah University.

Shenandoah University, in partnership with Wesley Theological Seminary and the Virginia Conference of the United Methodist Church, has received a $600,000 grant from Lilly Endowment Inc. to establish the Shenandoah University Youth Theology Institute.

Bucknell opens with win over Shenandoah

Defending Patriot League regular season champion Bucknell University made the most of its 2015-16 season opener with a 107-61 non-league victory over Shenandoah Friday night.

The Bridgewater College football team kicked off ODAC play with an impressive road win, pulling away from Shenandoah in the second half for a 39-21 win in Winchester, Va.

The annual winners of “Shenandoah: The Washington and Lee University Review’s” literary prizes in prose

This fall, Shenandoah University’s School of Education and Human Development, in partnership with the Virginia Association of Supervision and Curriculum Development (VASCD), will a conference on poverty for K-12 teachers, education leaders and others interested in issues related to education in Virginia.

Page Valley Cycling has expanded its Shenandoah-based summer racing schedule. In addition to the fifth annual Shenandoah Time Trial on July 25, Shenandoah Speedway will be hosting a unique bicycle racing event on July 26,

Flush with the success of their first scheduled event, June 11, the Shenandoah Marketplace is eagerly preparing for the July 2 market at historic Stevens Cottage in Shenandoah.