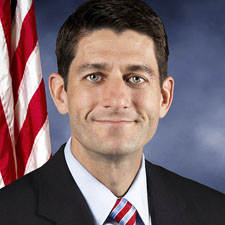 Local Republicans have been working on gettting a member of the Republican national ticket for four years. When then-candidate Barack Obama came to Harrisonburg in October 2008, Suzanne Obenshain vowed to bring a Republican to the area for the 2012 election.

She made calls to anyone who would listen, and worked with the Republican Party of Virginia. In the spring, local Republicans contacted the Mitt Romney campaign to make sure that someone on the ticket would come to the Valley.

Ryan has been all over Virginia over the past few weeks, making campaign appearances in Roanoke, Richmond, Norfolk and other cities. Romney has also frequented the Old Dominion and will campaign in Fairfax tonight.

Virginia has historically been a red state, with the 2008 presidential election being the first time the state voted for a Democratic nominee since 1964. Republicans hope to win the state this year and have Romney and Ryan traveling separately to cover as much ground as possible.

Curt Cashour, Virginia communications director for the Romney campaign, said the fairgrounds location was picked because it’s easily accessible for students and others in the area. A crowd of 2,500-3,000 was expected; the turnout Friday was closer to 1,500.

Ryan, in his brief remarks, paid tribute to the four Americans killed over the weekend and reminded the crowd that Virginia is a big part of this coming election.  He echoed Romney’s sentiment that as a country “we need to stop spending money that we just don’t have.”  He also applauded Romney’s success as a businessman, something that ” we as Americans should be proud of.”

“We should all be happy about the big piece of pie that successful Americans have rather than squabble over the smaller and smaller pieces of a shrinking pie,” Ryan siad.

Ryan shook hands with several in attendance before departing on the campaign bus destined for a fundraising dinner tonight in Roanoke.