PPP: Warner would be heavy favorite in 2013 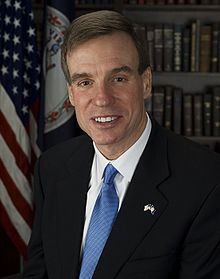 There has been talk about the possible interest of U.S. Sen. Mark Warner in running for a second term as governor of Virginia in 2013.

A new Public Policy Polling survey of Virginia voters puts Warner as a heavy favorite in ’13 if he were to make that call.

Warner’s strength continues to be his cross-party appeal. He has a 52 percent approval rating among all voters, with only 26 percent expressing disapproval, and he would take 13 percent of the Republican vote away from either of his possible GOP rivals.

The same polling has Cuccinelli still as the overwhelming favorite for the Republican nomination, leading Bolling by a 51 percent-to-23 percent margin.